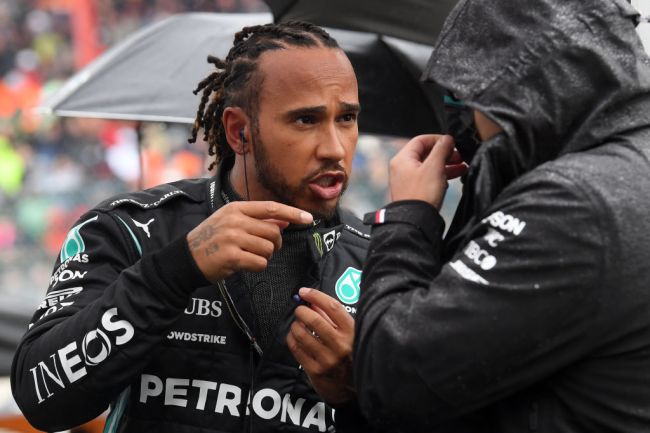 Lewis Hamilton finished third at the Belgian Grand Prix but his life will never be the same. The 36-year-old reigning world champion says that he will be haunted forever after a harrowing pre-race bathroom experience.

Hamilton was in his Formula 1 car prior to the race’s start when the live broadcast picked up his audio and switched to his in-car camera. He was making small-talk with his pit crew as they ran through final checks.

While one might think that a driver and his crew would be discussing strategy just moments before the green flag, Hamilton was not. He, instead, shared his disgust with somebody “dropping a crazy bomb” inside his trackside toilet of choice.

Lewis Hamilton: "I'm glad I went to the toilet. The one I went to, someone had dropped a crazy bomb in there. The worst thing ever. It's going to haunt me for life…" 😭😭😭 pic.twitter.com/FpSP2MnCRn

The timing of ‘Bombgate’ could not have come at a better time. Cameras for Netflix’s ‘Drive To Survive’ just so happened to be following around Hamilton and the Mercedes crew all weekend.

Rumors online believe that the offense at the Circuit de Spa-Francorchamp was committed by a French cameraman, though there is no indication whether there is truth to the rumors or not.

Perhaps we will find out the culprit of the traumatizing deuce on the upcoming season of the Drive To Survive series. In the meantime, along with dealing with the loss, one has to wonder how Hamilton is doing after such a traumatic visit to the loo.