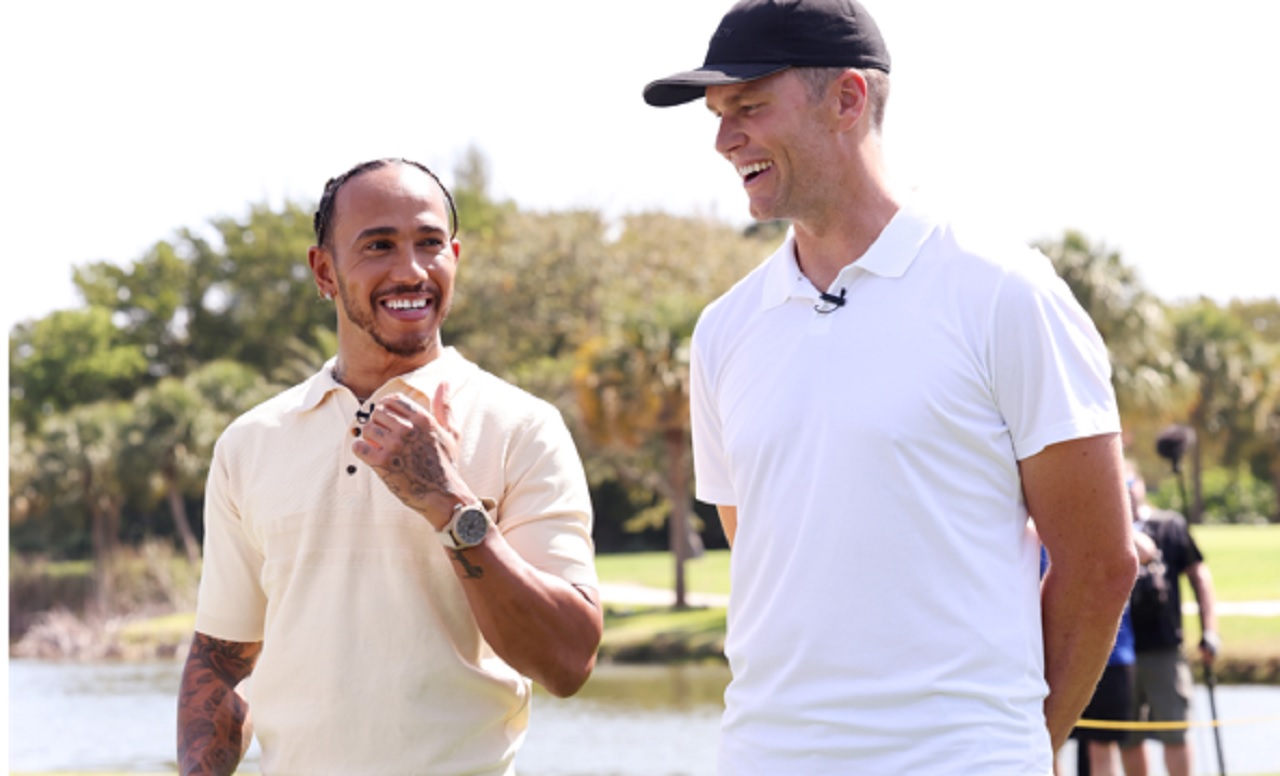 Lewis Hamilton has been frustrated for most of the F-1 season but he appeared chilled and relaxed hanging out with his buddy Tom Brady.

Before this weekend’s inaugural Miami Grand Prix, there were reports stating Lewis was looking forward to picking Brady’s brain to get through his rough patch this season.

It therefore makes sense Lewis Hamilton would seek some sage advice from the seven-time Super Bowl champion when he visits Florida next week. The Sun reported Hamilton will meet with his fellow sporting icon after travelling for Formula 1 ‘s inaugural edition of the Miami Grand Prix.

The summit follows a torrid patch of form for Hamilton, which reached a new low on Sunday when he finished 13th in the Emilia Romagna Grand Prix, leaving him seventh in the standings. The 37-year-old’s best result after four races remains his third-place finish at the season-opener in Bahrain.

On Wednesday afternoon Lewis met up with Brady and the two played golf at the IWC Big Pilot Challenge golf charity event to help raise money for recreational education for underserved young people and the Mercedes driver looked like he was having a good time.

Some guy with 7 world titles, and Tom Brady @LewisHamilton pic.twitter.com/T90mDEQ4sQ

Time for a bit of golf with @LewisHamilton and @TomBrady for IWC and raising money for the Laureus Sport for Good Foundation #MiamiGP #F1 pic.twitter.com/3C324z0VP6

Hamilton with a close chip to the pin, and says afterwards: “I’ve got to win something!” #F1 #MiamiGP pic.twitter.com/m9jh3K4Fkg

The watches worn by the players at ‘The Big Pilot Challenge’ event and some personal items from the players will be auctioned online by the international auction house Bonhams with the proceeds being donated to Laureus Sport for Good to expand its critical impact on youth in communities in Miami, Florida.

The charity auction can be accessed via this link: www.bonhams.com/auction/27983/The-Big-PilotChallenge-charity-auction-IWC-Laureus

You can watch the entire event on our Facebook page.