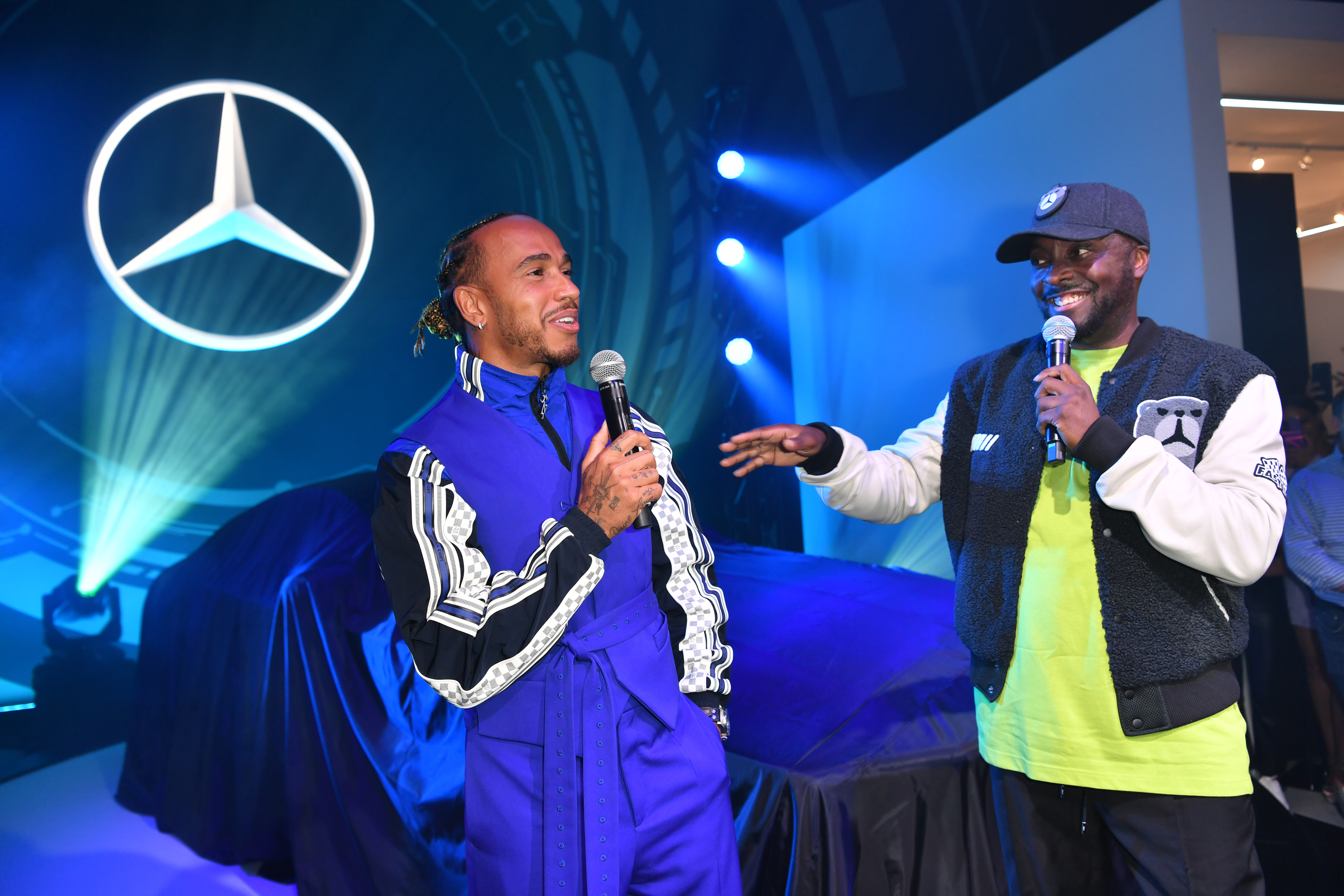 The event took place to promote will.i.am’s collaboration with Mercedes, a car he designed named the Will.I.AMG. The proceeds from the car will go towards STEAM educational programs in disadvantaged communities in the U.S.

Will and Lewis Hamilton spoke on stage and talked about their various charities that are aimed to help and empower minority youths across the world.

A champion of the road and a champion of the stage coming together to focus on the future… @lewishamilton 🤝 @iamwill #innovationforpurpose #education #will4amg pic.twitter.com/YPf60Zlkd9

During the event, Hamilton spoke about his upcoming race and revealed that he would likely lose over 20 pounds during the race week due to the heat in Miami.

Lewis Hamilton says he will probably lose over 20 pounds during #F1MiamiGP in the next few days due to the heat …woman next me jokes “I need to start racing” pic.twitter.com/dPJ39296Im

“I heard the track, and the temperatures are going to be super high. Tomorrow I will likely lose 6-7 pounds, then 6-7 pounds the next day, and then during the race, it could be up to 10 pounds.”