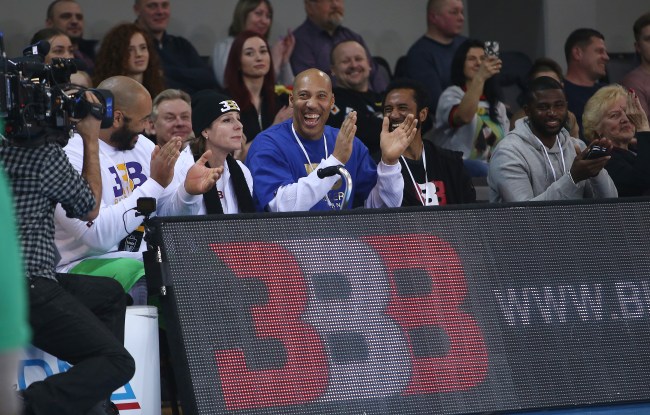 Is LaVar Ball the greatest assistant coach to ever do it? It’s a bit too early to say, but we certainly can’t say for sure he’s NOT the G.O.A.T.

Earlier today, news broke that LaVar Ball would be serving as an assistant coach for LiAngelo and LaMelo’s pro Lithuanian team–Vytautas–during the team’s five-game series of exhibitions called the Big Baller Challenge.

Vytautas head coach Virginijus Seskus claims he doesn’t have a problem with LaVar coaching alongside him because the games are exhibitions and essentially meaningless. Seskus told the media before the game: “Why not let him do it? It’s only a friendly match. It will end, and everyone will forget about it.”

Oh, how sorely mistaken you are, my Lithuanian friend. LaVar won’t let us forget his coaching debut against, you guessed it, Alytaus Dzūkija. Here is LaVar taking a stranglehold on the huddle.

Inside the huddle with coach LaVar! (🔊 up)

As for the game, Ball’s team won 147-142 in a defensively heavy game. Just listen to the Lithuanian commentator dissect the brothers’ defensive performance.

"Melo and Gelo showed an amazing performance on offense but I think everyone will be forgetting one thing — they sucked at defense" 😂😂 pic.twitter.com/HxlWhz0Laf

Hey, a good offense beats a good defense all day anyway–LiAngelo and LaMelo combined for 80 points, with the 16-year-old LiMelo dropping 43 points, including a stretch where he scored five straight threes in a row to add to a 23 point third quarter.

LaMelo Ball just hit FIVE straight threes and scored 23 points in the third quarter. He's up over 40 for the game! 💦 (via @ballislife) https://t.co/7cOwwX24w8 pic.twitter.com/ldSDWFicxI

Check out the full LiMelo highlight reel below.

Lets give some love to the older bro. LiAngelo finished the night with a double double–37 points and 10 boards.

After the win, the Big Baller Brand reminded us of a very impressive stat.

Goddamn, Big Baller Brand has the damn camera man on payroll. I hate that I love it. 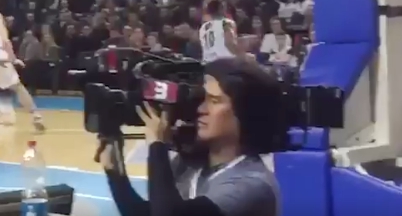 If LaVar wins another game as coach, he’s going to ask for a statue outside the arena. And I, for one, cannot wait for that moment.