Lindsey Vonn Reflects On The Difficulties Of Dating Tiger Woods 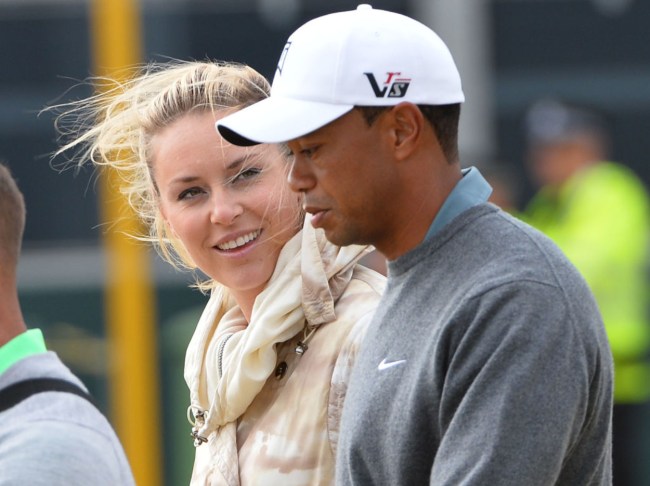 Lindsey Vonn is unquestionably one of the most well-known American Olympians of this generation. She’s used to being in the public eye, whether it be in modeling or her ability to ski down a mountain going 90 mph.

Dating Tiger Woods, one of the most famous athletes on the planet, however, obviously made the spotlight that much brighter.

Vonn and Woods were together from 2013 to 2015 and were seen at plenty of major golf tournaments and skiing events during their relationship.

Vonn On The Difficulties Of Dating Someone So Famous

The 37-year-old is currently doing a media tour to promote her new book ‘Rise: My Story’ and was asked about the challenges and difficulties of dating Woods.

“I just think, generally, it’s really difficult to date anyone in the public eye, and I’ve always been a really open person. But I think I learned that there’s some things that need to be kept private,” Vonn explained.

“And as much as I didn’t want to share everything that makes me happy and all the fun times that I had, that’s also just for me and my partner, and I didn’t need to share that. So it’s difficult, obviously, being in this position because everyone wants a scoop and no one wants to know what I’m doing.”

After Vonn and Woods broke things off, she went on to date Devils defenseman P.K. Subban, another athlete who is one of the most popular in his sport.

Vonn and Subban dated for close to three years and were even engaged at one point before deciding to call it quits.