Lindsey Vonn Tweets She’s Looking For A Valentine, Thirsty Guys The World Over Shoot Their Shot 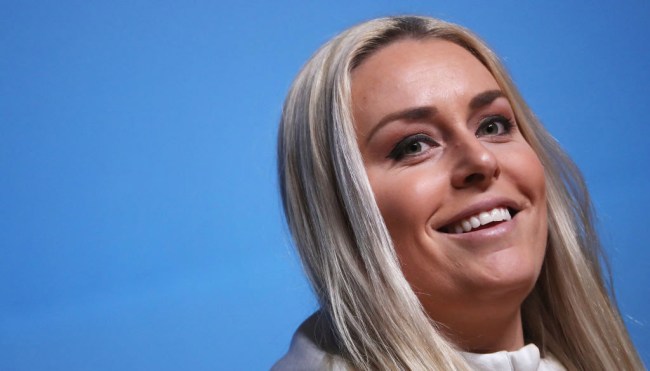 U.S. Olympic skiing champion Lindsey Vonn tweeted that she’s looking for a Valentine because she’s forgot about it since she’s been so busy with that whole Winter Olympics thing this week. Oh boy.

Vonn, a two-time Olympic gold medalist and four-time World Cup champion, is apparently sans boyfriend as she competes for Team USA over in PyeongChang. (I hear her ex, Tiger Woods, might still be available.)

Since making her Olympic debut for the United States at age 17 in 2002, Vonn has won a total of four medals while competing in every Winter Olympics except for the 2014 Games due to injury. Now, at age 33, she knows this will probably be her last go as she is scheduled to compete in downhill, super-G and the combined events.

Naturally, something of this magnitude has overshadowed pretty much everything else in her life of late, including the fact that she’d be in South Korea for Valentine’s Day.

“So apparently it’s Valentine’s Day….I forgot all about it because I’m at the #Olympics and I’m single. Anyone else out there single and want to be my valentine? 🤷🏼‍♀️ #worthashot,” Vonn tweeted from PyeongChang.

So apparently it’s Valentine’s Day….I forgot all about it because I’m at the #Olympics and I’m single. Anyone else out there single and want to be my valentine? 🤷🏼‍♀️ #worthashot

Well, it worked for @geniebouchard, so it just might work 👫 #always #worthashot

Now you will never believe this, but after Vonn tweeted that, a lot of guys decided to throw their hats into the (Olympic) ring(s)… poorly.

L-oves America
I-s going to win gold
N-eeds to be my Valentine
D-oes magical things on skis
S-now and stuff
E-veryone is cheering for you
Y-ou think this will work?#HappyValentinesDay

I'd be honored to Vonn-lunteer 😘

how about a romantic stroll through the North Korean power plants? I know a guy…

I'll give it a shot… pic.twitter.com/sLCF9FuRGV

”Friendzoned by @lindseyvonn” is going to look perfect in my resume.

Sliding into your DMs (and probably taking the L) like… ❤️😂 pic.twitter.com/4lJELSVMDG

Even the U.S. Olympic team got in on the action.