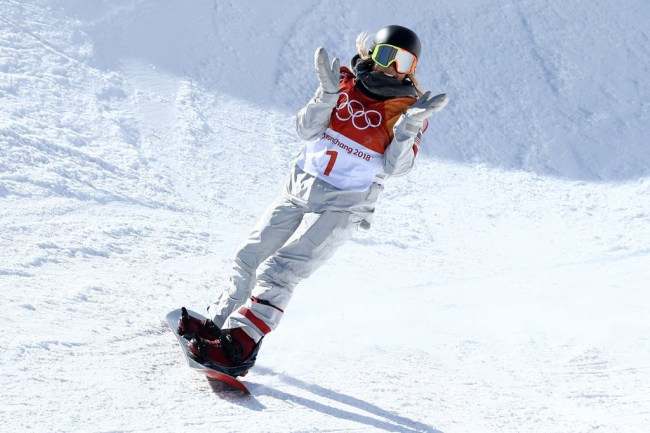 In a sure sign of the times, 17-year-old American snowboarding sensation Chloe Kim had her phone in her pocket while she competed and won a gold medal going away in the halfpipe in PyeongChang.

Check out the photos of Kim after her winning run and you will clearly see she competed in the freaking Olympics the same way I am sure she practices (never change what works), with her phone in her left front pocket. 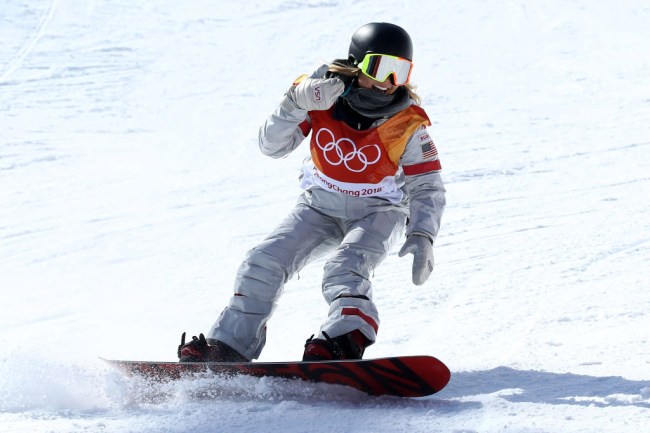 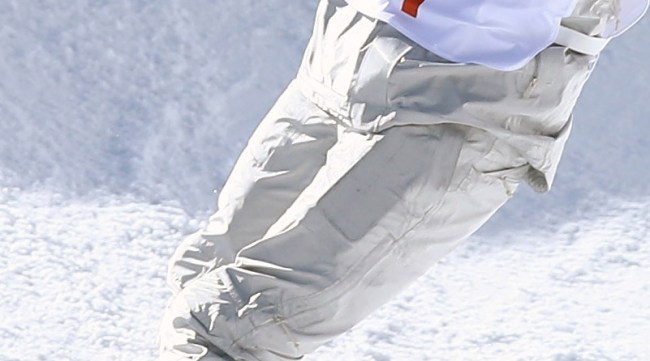 Hey, you never know when you’re going to need to tweet about being hangry in the middle of competition, right? (Which is also something Kim did during the event.)

Talk about being unconcerned with the gravity of the moment. Kim won gold with just her first run, scoring a 93.75, tweets, then goes out and scores an almost perfect 98.25 on her second run which had absolutely no bearing on the outcome of the event.

Of course, you also need your phone on you in case your dad wants to send you an inspirational text before your run – something Chloe Kim’s dad did on Tuesday.

“Today is the day imugi turns to dragon,” Jong said he messaged her. “She said hahahahaha, thank you very much.”

Jong explained the meaning of the text to NBC Sports…

“She was born in year of dragon,” Jong continued Tuesday morning. “To be a dragon in Korean tradition is to wait 1,000 years. Before [you are] a simple snake, like an anaconda. But they wait about 1,000 years, and then they turn to dragon. Go to the sky, and they make a big dragon with a gold pearl. She’s got a gold pearl in her mouth. I texted her this morning that this is the time to be dragon.”

By the way, dad has become a big star at the Olympic Games too, thanks to his homemade sign.

You wanna make me cry? Show me this picture of Chloe Kim's dad right before she hits the half-pipe. Yea, that'll do it. pic.twitter.com/IilYKUz8xr

I have to say I am a little disappointed though. Here Kim had the chance on her second run, with nothing at stake, and she didn’t do this?

chloe kim I think still got her phone in her left front pocket. I think a selfie mid-1080 would score big points AND piss off all the olds on this website