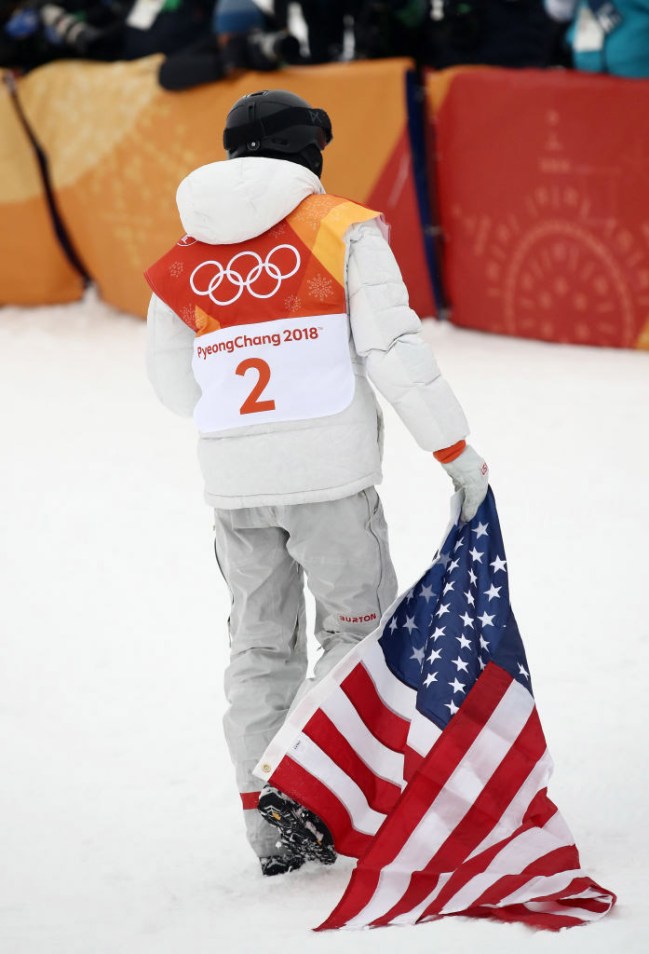 31-year-old snowboarder Shaun White was looking for a little redemption in the 2018 Winter Olympics in Pyeongchang after not medaling in the halfpipe in 2014 at Sochi. On Wednesday he got it, but it certainly wasn’t easy.

After winning Olympic gold in 2006 and 2010, White had to overcome a horrific crash he suffered while training in October where he sustained brutal injuries to his face and lungs. At the time, White’s coach J.J. Thomas gave him a 50/50 chance of being recovered enough for the Winter Olympics.

Then, as if that wasn’t enough to overcome, White then needed an almost perfect final run to overtake Ayumu Hirano, who had scored 95.25 and was sitting in first place. Going last, White was almost flawless, scoring a 97.75, taking home his third Olympic gold medal in the halfpipe.

After his spectacular run White was extremely and understandably emotional.

Olympians, past and present, from all sorts of disciplines and from all over the world were very fired up for White, including a guy who knows a thing or two about Olympic redemption, Michael Phelps.

Who is stoked for that performance!? @shaunwhite @NBCOlympics @TeamUSA pic.twitter.com/vV9jhscVwF

As were athletes from non-Olympic sports.

SPOLIER ALERT: congrats to @shaunwhite on a most legendary performance.
I know how much it meant to you and how hard you worked for that last run.
We are all incredibly proud. 🥇🥇🥇

That pure emotion from @shaunwhite. That’s what it’s all about. So awesome.

Of course, the internet being, well, the internet, a whole slew of people had to find something to complain about. Namely, the fact that, after winning, White grabbed an American flag and caught up in the moment dragged the flag on the ground, at one point even accidentally stepping on it.

Hey Shaun White – I appreciate your skills but PICK THE FLAG UP!! The American flag should never touch the ground!! C’mon, kid!!

@shaunwhite way to be classy. You win the gold medal and then proceed to drag the American flag across the ground. No respect. No excuses for this. pic.twitter.com/xzbQ71iVqR

Congrats @shaunwhite – Now can you stop dragging our flag on the ground and stepping on it, please? Show some respect. pic.twitter.com/OjeeM7Melt

I totally just screamed when @shaunwhite won gold. (Sorry @ sister). Except now he has the flag on the ground and I am CRINGING. Stop this madness!

Shaun White drags the flag on the ground and my husband and I are cringingggggg.

@TeamUSA Congratulations 🍾🎉🎊 2 a well deserved Gold 4 @shaunwhite ! Be proud of urself as this is probably ur “Swan Song Olympics” Coming from Military backing, something that bothers the heck out of me is dragging our flag 🇺🇸 Ur caught up in excitement, but PICK IT UP !! pic.twitter.com/bB24eiEnLx

And so it went.

Look, I get it. White messed up with the flag. I’m sure once he realizes it he will apologize. The fact that he grabbed the flag as part of his celebration shows how much he loves his country.

Trust me, he could have done much worse to disrespect the flag, and on purpose.