Genie Bouchard And That Twitter Bet Guy Reunited At The Super Bowl, Talked About Their Dates 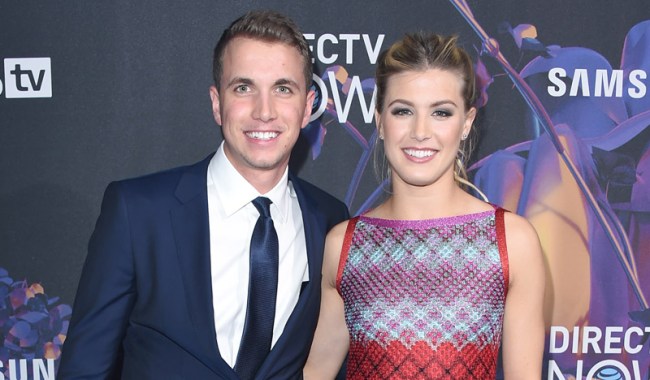 Tennis star Genie Bouchard and that random guy who made a Super Bowl bet with her, AND WON, back during Super Bowl LI finally talked about their dates… while at Super Bowl LII.

Their reunion in Minneapolis was the fourth date that the couple have had that has gone public. How this unlikely pairing has managed to stick after a whole year is almost as big a mystery as why Bill Belichick didn’t play Malcom Butler at all on defense during the game.

But stick it has, as Bouchard and John Goehrke have remained friends, and maybe more, over the past 12 months.

I still don’t get it.

Anyway, there they were, in Minnesota for the big game together and as part of their trip they did a Q&A for NFL Canada (Bouchard is Canadian). Here are some of the questions they answered.

What’s the bet this year?

Who are you both cheering for?

What did you talk about the first time you saw each other?

What do John’s family and friends think of all this?

What was your first thought when you lost the bet?

What was the nicest gesture by John over the weekend?

And most importantly, are they really dating?

My guess is that they are not really dating as Bouchard has long been linked to Canadian hockey player Jordan Caron. But hey, who knows?

Still don’t get it.