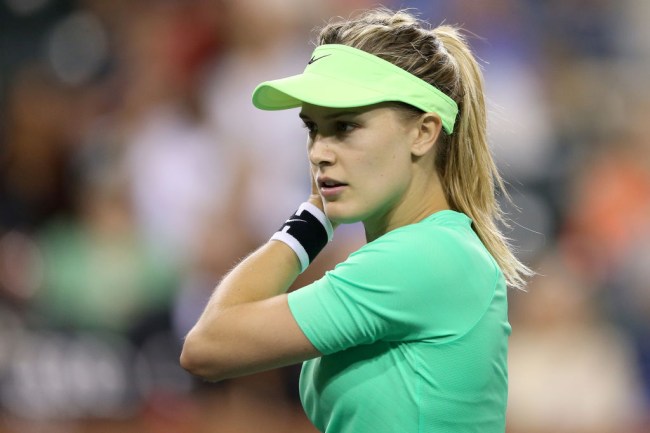 Apparently dreams do come true. Back in February, a random Twitter user scored a date with tennis star Genie Bouchard after he bet her that the Patriots would come back from a 28-3 deficit against the Falcons during the Super Bowl.

I knew Atlanta would win btw

if patriots win we go on a date?

After the Patriots amazing comeback win, Bouchard owned up to the bet and went out to a Brooklyn Nets game with the dude.

He bought me a nice little gift. We enjoyed the game courtside and he’s a normal fan.’

‘I didn’t know (he was going to be normal), it’s complete luck – I’m so lucky.’ Asked whether there would be a second date, she replied: ‘For sure.’

Apparently things went well with the two because just last week the guy was somehow able to score another date with her.

Now we’re learning that the dude has gone a third date with the tennis star after he was seen chilling with her down in South Beach.

Remember that guy who pulled up from half-court and bet a date with tennis beauty Genie Bouchard during the Super Bowl??

Well, that guy is looking like a freakin’ genius right now — ’cause the unlikely couple has been spotted together for a THIRD time … bustin’ out the bikinis and trunks for a beach date in Miami on Tuesday!!