Lionel Messi’s Massive Contract That Made Mike Trout And Patrick Mahomes Look Poor Is Set To Expire, Now What? 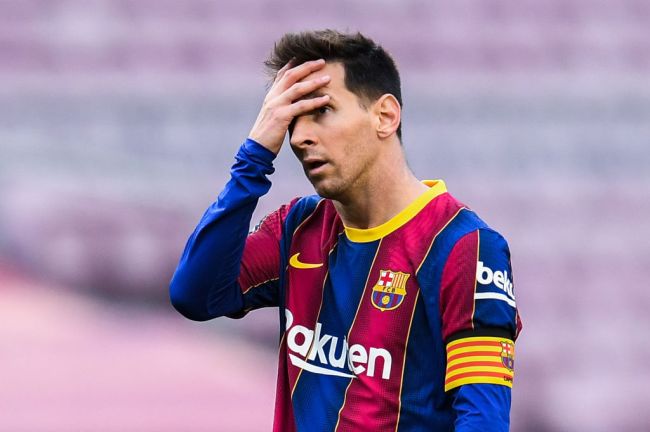 At 12:00:00am CEST, Lionel Messi will become a free agent. The world’s greatest soccer player (to some) has his contract with Barcelona expire tonight, bringing an end to the largest deal in sports history.

While soccer contracts are typically kept out of the public eye, the details of Messi’s payout was leaked earlier this year. The 34-year-old Argentinian made a whopping $674 million over the past four years.

That’s worth $168.5 million per year, more than Patrick Mahomes and Mike Trout combined. To put it in comparison, reports indicate that Cristiano Ronaldo (the true soccer GOAT) is payed near $38 million per year to play for Juventus.

Now that Messi’s massive money is no longer guaranteed, what is next?

The probability of re-signing with Barcelona is high.

Messi made his professional debut for Barcelona in 2004. Prior to that, he played two years with Barca’s B and C teams and spent three years on the youth team. He has not played for another club since 2000.

As such, Messi is almost certainly returning to the club and signing an extension. But that wasn’t always the case.

Last season, Messi (controversially) tried to exercise a release clause in his contract. It would have terminated his deal one year early.

Barcelona contended that the clause was not valid and threatened to take the case to court. Messi wasn’t interested in the process and stuck around for the fourth of four years.

Now that the contract is complete, he could go anywhere. However, Barcelona’s new president campaigned for the role on the grounds that he could keep Messi with the club.

More than likely he is not going anywhere.

Barça board and Messi’s camp feel now ‘confident’ to officially announce the agreement until June 2023 next week.

Both parties involved are working to fix ‘final details’ on contract clauses. ⏳ pic.twitter.com/dZ0zIsGeB3

Reports say that two specific deals are in the works. The first would be for two years, probably at an absurd amount of money.

The other, and more interesting, would be an even more expensive 10-year deal that involves Inter Miami in the MLS. Reportedly, the contract would include spending two more years Barcelona, winding down his career with two years for Inter Miami, and then six years in an undefined off field role.

There is foreseeably only one hang-up with Messi returning to Barcelona. Can they pay him enough?

The Catalan side has had significant financial struggles in recent years. They have been well-documented, but are worth noting.

Barcelona spends a lot of money. Like, a lot of money. In 2019, the club estimated an expenditure of more than one billion euros, which was the largest in the world at the time.

However, because of COVID-19 and a lack of success in major tournaments over recent years, Barcelona fell into a significant deficit over the past 12 months.

The club carries a 1.2 billion euro debt load which has forced them to unload veteran salaries like that of Luis Suarez and Ivan Rakitic.

So does Barcelona have enough money to pay Messi? It is unclear, but they will make it happen.

Is it possible that Messi could go elsewhere?

Only Paris Saint-Germain and Manchester City seem to be in the mix as serious contenders. Man City was ready to pay Messi a fortune if he were to have opted out of his contract with Barcelona last year.

Now, a year later, the club is coming off of a Premier League victory and Champions League final without him. They don’t seem nearly as pressed to reunite Messi with coach Pep Guardiola.

PSG, on the other hand, wants Messi badly. They have repeatedly stated their desire to bring him to the French capital and have the money to do it.

So if Messi does end up becoming a free agent with intentions to leave Spain, it seems like he would be heavily influenced to join the PSG club.