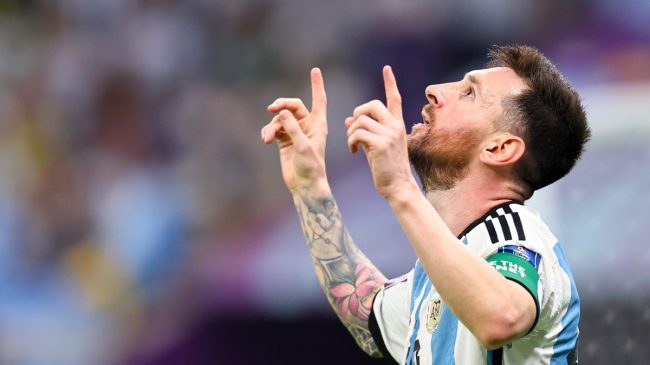 The FIFA World Cup is underway, but leagues across the world are still negotiating with players to play for their clubs. One of the hottest names on the market right now is Lionel Messi, as the legend is nearing the end of his contract with Paris Saint-Germain. With that in mind, it sounds like the superstar might be heading to the MLS in America.

According to The Sunday Times, “Inter Miami are close to agreeing a deal with Lionel Messi, with the US club confident that the Argentina superstar will sign after the World Cup here in Qatar.” This is huge news, not just for the MLS, but for America as well. Especially considering, one of the biggest sports stars is finally making his way to the USA.

Inter Miami is of course owned by former soccer star David Beckham. It sure sounds like his franchise is making waves in the FIFA world, as he aims to make Lionel Messi the highest-paid player in MLS history, per The Sunday Times.

The details of the contract are yet to be known, as we still have plenty of tournament play remaining in the FIFA World Cup. Regardless, Messi is only going to propel his superstardom to a new level. Especially considering, soccer is still growing fan interest within the country.

So with that, keep an eye on Lionel Messi as he’s bound to sign a new contract with Inter Miami right after the World Cup. Be prepared to see a massive number once he signs, as one of the biggest sports stars aims to take over the USA.