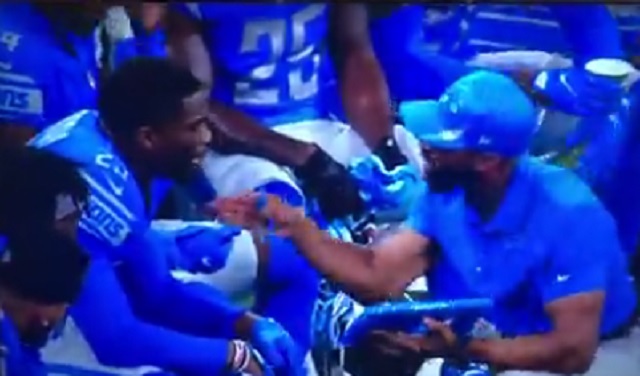 It’s only the first week of the season and the Detroit Lions are already falling apart.

During the team’s game against the 49ers, Lions’ Jeff Okudah could be seen getting scolded by defensive backs coach Aubrey Pleasant who repeatedly yelled “do your job” at the player.

Holy Smokes. #Lions DBs coach Aubrey Pleasant goes OFF on Okudah on the sidelines. Screaming at him and telling him “DO YOUR JOB” like five times.

Jeff Okudah getting "DO YOUR JOB" screamed at him six times… pic.twitter.com/mcs1K7qrUG

Unfortunately for Lions fans, the team is down 21 points in the third quarter and it doesn’t look they’re going to turn it around today.

Update: Okudah got beat again later in the game.