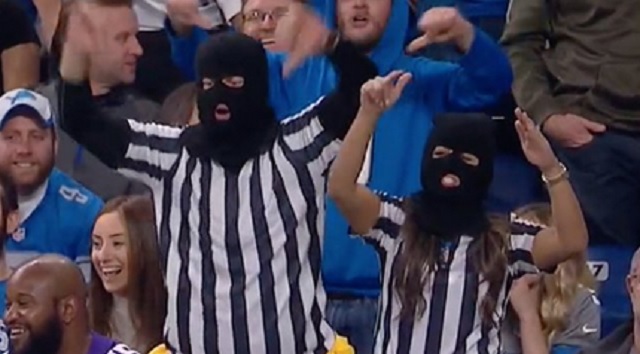 The Detroit Lions have been getting screwed all season by the refs one fan is taking things into his own hands to make sure the team gets a fair shake today.

Last week the Lions were called for two bogus hands to the face penalties that cost the team the game against the Packers.

Before today’s game, a disgruntled Lions fan offered a ref $70 to call a fair game.

It’s not Halloween yet but Lions fans broke out the costumes anyways to give their thoughts on @NFL refs. #Lions 🦁 | #MINvsDET 🏈

Detroit screwed on another bad call in the end zone and let's check in on Lions fans pic.twitter.com/vKru6FDGaH