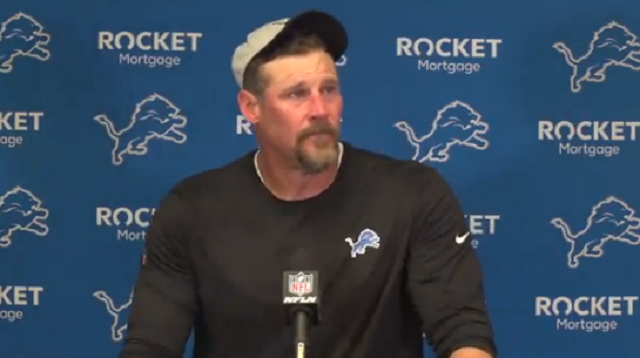 During their game against the Vikings, Campbell made a gutsy call and was able to take a one point lead after converting a two-point conversion with 37 seconds to go in the game.

#Lions score with Swift and then got the two-point play to take a 17-16 lead.

On their very next possession, the Vikings were able to march down the field with 37 seconds left to hit a 54-yard game-winning field goal.

The #Lions curse is stronger than the #Vikings Kicker curse a Minnesota wins. pic.twitter.com/aYwcjwrEl7

While speaking to the media after the game, Campbell got extremely emotional and began to tear up while talking about how badly he wanted this win.

Dan Campbell, tears in his eyes, crying on the podium. Says he wanted to win very badly. Heartbreaking loss again this season. pic.twitter.com/jnGVkMvmgT