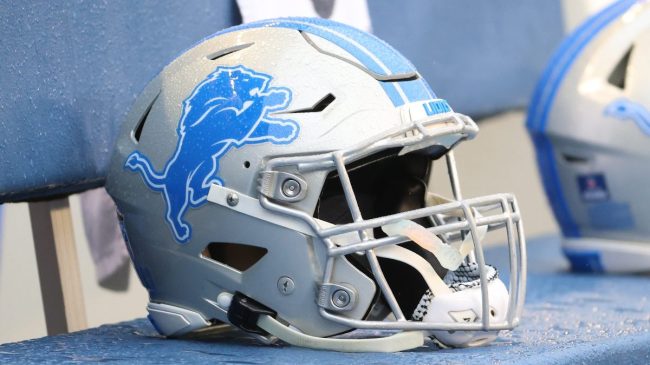 The Detroit Lions are currently battling the New England Patriots, however, much of the attention has been focused on Savion Smith. Early in the game, the young safety fell to injury and had to be taken out of the game in an ambulance.

According to Albert Breer, Smith left the field in an ambulance surrounded by teammates and family members. It’s a frightening incident, as nobody is quite sure how Savion Smith suffered the injury.

Scary situation in Foxboro. Lions S Savion Smith in an ambulance, family members joining him inside. Unclear what exactly happened.

There is a clip, however, it’s difficult to tell what happened. It appears to be a head or neck injury. For now, it’s unclear exactly what injury Savion Smith has suffered. More information will surely come to light as the Lions will monitor the young safety.

Hopefully, it’s nothing too serious and he will return just fine. We shouldn’t expect Savion Smith to come back to this game though. For that reason, the Lions will have to rely on the depth of the defense to fill in Smith’s spot. We’ll see how it plays out, but this could be a brutal blow for Detroit at this point in the season.

With that in mind, keep an eye out for any updates regarding Savion Smith. It’s never a good sign when a player is taken off of the field in an ambulance. Look for the Lions to provide any updates whenever they know what’s going on with their young safety.