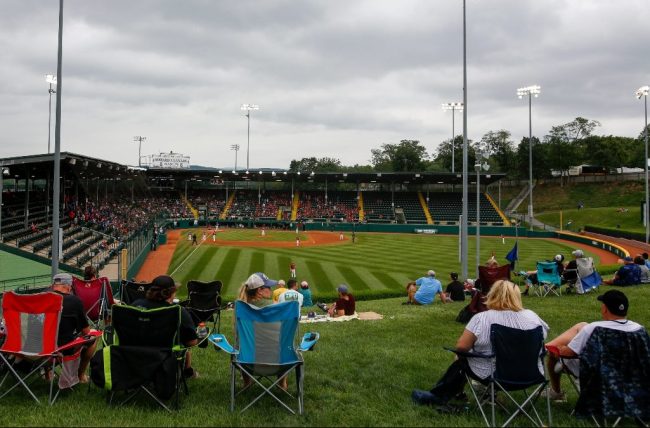 The Little League World Series is underway as kids across the nation compete for baseball glory. Some of the MLB’s best athletes have competed in this highly coveted tournament, making it one of America’s greatest competitions for the youth. On Monday, a 12-year-old kid hit a monster home run out of the park that would make Shohei Ohtani proud.

During a heated matchup between Northern California and Hawaii, a 12-year-old sends a moonshot to left field. He hit it well over the fence as the ball nearly landed in the parking lot in the far distance. It looks like Hawaii has a power hitter on their hands as this kid absolutely smashed this ball.

These 12 year olds are so good now 😅 pic.twitter.com/ciX9RQdUto

What are they feeding these kids in Hawaii? This kid obliterated the baseball like the 30-year-old man in that movie The Benchwarmers. I wouldn’t be shocked if it came out later his birthing certificate was just a white piece of paper saying “I am 12” in green crayon.

All jokes aside, this kid clearly has the power to hit with the best of them. Maybe his opponents will consider walking him from here on out. Either way, the Little League World Series is filled with future pro baseball players and this kid might just be one of them.

We’ll see how the rest of the Little League World Series plays out. Thanks to Hawaii’s onslaught in the fifth inning of that game they advanced to the team reached the West Region Final. This means they are just one more win away from playing for the title. Keep an eye on this squad, as they definitely have the bats to win the whole thing.