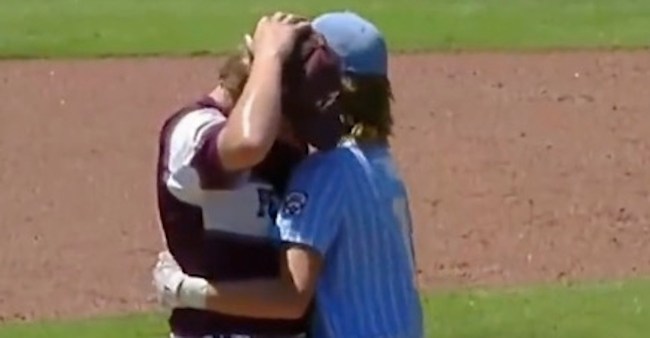 Ah, the good old Little League World Series. It’s as American as apple pie, diners, Superman, Coca-Cola, and McDonald’s. Held during the dog days of summer, it’s a palette cleanser of wholesome before the highly-commercialized sports calendar starts all over again with the beginning of football season in September.

The unending wholesomeness of the Little League World Series continued its tradition of wholly pure sports content on Tuesday as an Oklahoma little leaguer personified the spirit of the game by consoling the young East Texas pitcher who struck him in the head with a wayward pitch during the Southeast Region Championship.

After getting hit in the head with a pitch, this little leaguer showed a true act of sportsmanship by comforting the pitcher 🥲 pic.twitter.com/AbzXaLL5uz

RELATED: This Little Leaguer Shouted Out His Girlfriend During Player Intros And Was Definitely Speaking To Multiple Girls