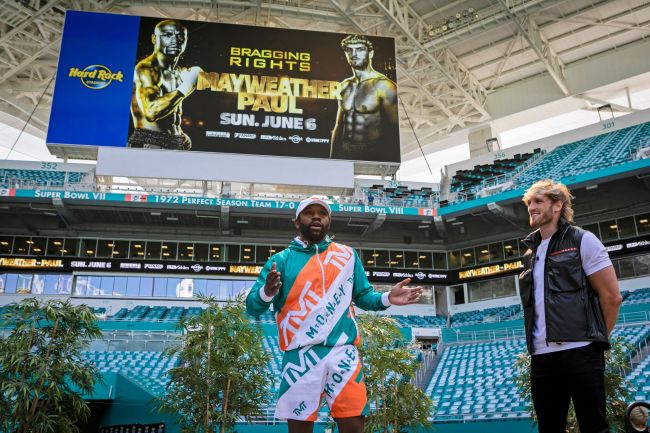 The Logan Paul-Floyd Mayweather circus is here and things got pretty intense when the two faced off in person to promote their fight.

During Thursday’s press conference in Miami, Mayweather brought up the time Paul got himself in hot water after he filmed the dead body of a suicide victim in Japan for his blog back in 2018. Paul immediately fired back at Mayweather by reminding him about his history of domestic violence.

Floyd Mayweather “I know what you did in Japan”

Logan Paul “I know what you did to your wife”

For those who are unaware of Mayweather’s history, the retired boxer has been accused various times throughout the years of domestic violence and even served a 90-day prison sentence back in 2011 after he pleaded guilty to a misdemeanor charge for the assault of his then-girlfriend Josie Harris.

After he made the comments Paul could be heard on live stream saying “I didn’t want to go there.”

For those interested in the circus, the two are set to fight on June 6th, live on Showtime PPV.