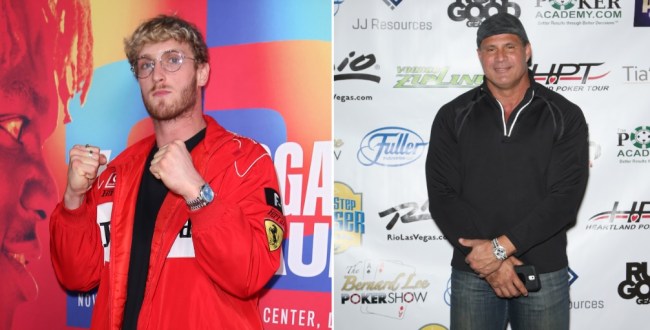 Jose Canseco apparently wants a piece of the Paul brothers.

After Jake Paul knocked out Nate Robinson over the weekend, the former MLB slugger took to Twitter to challenge the Paul bros to a fight.

Logan Paul, who dated Josie Canseco, fired back at Jose by reminding him that he hooked up with his daughter.

It is worth noting that Logan dated Josie for several months before recently revealing he had broken up with her.

After just a few months together, Logan Paul and Josie Canseco have called it quits.

The 25-year-old YouTube star appeared to accidentally let the news slip during a recent episode of his podcast Impaulsive when he referred to his ‘ex-girlfriend’.

The news is an about-face for Paul who gushed back in the spring that things between the pair were ‘pretty serious’.

‘I’ve always really valued the privacy of my relationship because my life is already pretty public so I don’t feel like either Josie or myself needs to give an explanation if we don’t feel like it,’ Paul added.

He didn’t give an exact reason as to what precipitated the split between the young stars to the 2.6 million followers of his podcast on YouTube but did say that being ‘in the public eye’ when you’re dating wasn’t easy.