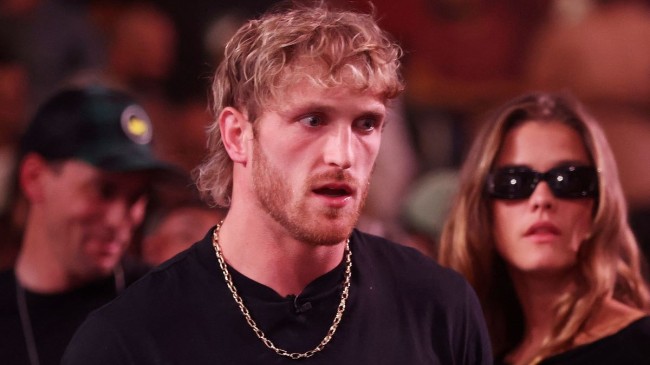 It’s been quite the week for the Paul Brothers. It began with younger brother Jake putting together his most impressive performance yet in a boxing ring and picking up a win over UFC legend Anderson Silva.

At ringside was older brother Logan, who always seems to be at his brother’s side. Jake then returned the favor, flying across the world to support Logan in his WWE Universal Championship match against pro wrestling star Roman Reigns.

Logan lost that match, but he made a number of fans in the process. He also did was he’s best at, creating a viral moment by filming himself while jumping through a table that Reigns was lying on. While Paul didn’t pick up the victory, he did impress a number of pro wrestling vets who were impressed at how technical he was in the ring.

Logan Paul is a hell of a Pro Wrestler already. His technique is sharp as F. He stays in the moment & he's really good at the detail stuff.

Unfortunately, that performance did not come without a cost. And it’s a cost that could see Paul out of action for a significant period of time.

Paul posted a picture of himself on a training table with his knee heavily iced after the match. He stated that he tore his meniscus, MCL and potentially his ACL during the match. Paul said that the injury happened about halfway through the contest.

Paul’s match with Reigns went nearly 25 minutes (24:50) according to Wikipedia. That means that Paul wrestled for over 12 minutes on the busted-up knee, including his epic jump through the table. While it was only his third career match, he seems to have earned the respect of the WWE locker room as well as former company stars.

While it appears it could be a long time before he returns to the ring, there’s no doubt that the company would love to bring him back. And if he decides to do so, he could be a future WWE champion.