The Person Who Paid $800,000 To Hang Out With Tom Brady Is A 25-Year-Old YouTuber Who’s Earned Millions Making Videos With Puppets 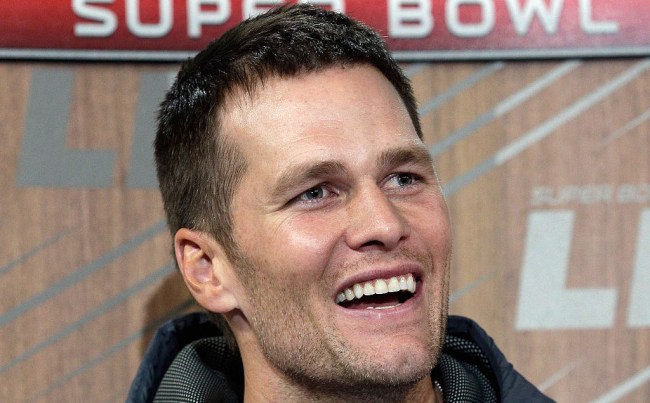 Last month, Fanatics announced it would be recruiting a number of high-profile figures in the world of sports for the ALL IN Challenge, a fundraiser giving people a chance to bid on a variety of memorabilia and fan experiences to raise money to feed those currently in need that has raised over $41 million as of this writing.

A couple of weeks ago, someone who apparently has more money than they know what to do with contributed a pretty sizeable sum to that running total when they dropped $800,000 on a package to earn the privilege of attending Tom Brady’s first game as a Buccaneer in Tampa Bay. In addition, they’ll get to take home the jersey and cleats he’ll wear in his debut and get to either go to dinner or attend a workout session with the legendary quarterback.

It was initially unclear who the bidder was and I figured there was a chance Brady might have just decided to win the auction himself to avoid having to hang out with a random stranger, but it turns out that wasn’t the case, as TMZ reports the rich person in question is—get ready to hate yourself—a 25-year-old named  Logan Thirtyacre who has apparently made bank making videos on YouTube with the help of the puppets he uses to print absurd amounts of cash.

Thirtyacre—who goes by “SuperBowserLogan” on the platform that granted him internet fame and fortune—told the outlet he’s been a huge fan of Brady since he attended Super Bowl LI and has previously met the quarterback in person but was apparently deadset on getting a more intimate experience.

Got Tom Brady to sign my Super Bowl ticket!

At first glance, it appears he’s a pretty big Patriots fan based on the multiple pictures he’s posted on Instagram.

Throwback to when we went to Tom Brady’s last game as a Patriot! #SheIsSoBeautiful @bby_daydream

BRADY GOT HIS SIXTH RING!!

I’ve been painting my walls in my football room. I use to paint a lot when I was younger #patriots #tombrady

However, after doing even more digging, it looks like Logan may also be a god damn fraud.

In fairness, the Florida native may be one of those weirdos who roots for his favorite players as opposed to a specific team, but he’s repeatedly posted pictures of himself repping a number of squads who aren’t the Patriots, which is one of the biggest party fouls someone can make in my book.

Can't wait for the game to start! 50 yard line seats!

Enjoy your dinner of anti-inflammatory foods, Logan. I guess you’ve earned it even though I cannot fathom why the millions of people who watch the videos that net you upwards of $1 million a month do that in the first place.