Someone Dropped $800,000 In A Charity Auction To Hang With Tom Brady For A Bit And Get The VIP Treatment At His First Game In Tampa Bay 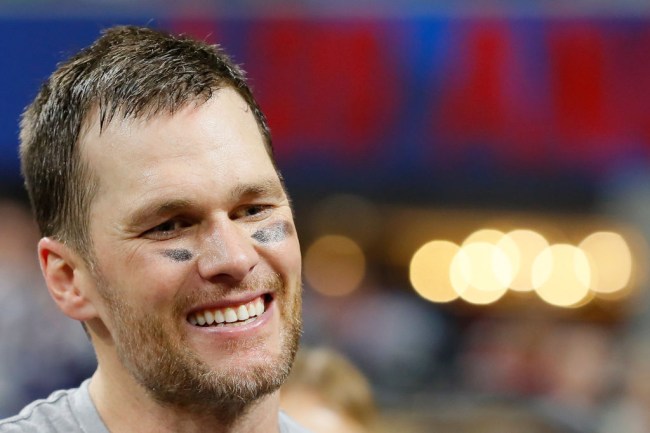 I generally try not to judge people for how they choose to spend their hard-earned money, as there I things in life I wouldn’t contribute a single penny toward that others would happily devote a sizeable chunk of their paycheck to. I’m also not really in a place to cast stones when you consider I once spent $50 to have Tori Black personalize an autographed poster by writing “I love pudding” on it because the idea really tickled my fancy at 2 A.M. on a Saturday.

It’s been around a decade since I stumbled into a career writing things in an attempt to provide the internet with at least a little bit of entertainment and it’s given me a number of opportunities to briefly hang out with public figures with varying levels of fame. As a result, I can certainly understand the appeal of shelling out some cash for the rush that comes with meeting a celebrity you admire.

However, it’s kind of wild just how much some people are willing to drop for a fleeting encounter with a famous person, whether it’s paying for a backstage pass at a concert to interact with them for 45 seconds, waiting in line for an hour for the privilege of spending $100 for a signed headshot and a selfie, or reliving your glory days at a fantasy camp hosted by over-the-hill athletes like so many dads do when confronted with a midlife crisis.

I don’t necessarily understand the economics of your typical charity auction because I am firmly not the kind of person with more money than I know what to do with, but it seems like a good chunk of the items on the block tend to sell for higher than their market value because the money is going to a good cause (and the purchase can potentially be used as a tax write-off).

Last month, Fanatics put together one of those auctions in the form of the “ALL IN Challenge” to raise money to provide meals to the many people who need them right now by giving people the chance to bid on pieces of memorabilia and some pretty cool fan experiences.

A couple of weeks ago, Tom Brady announced he was pitching in with a VIP package with an opening bid of $50,000 that provided the winner with a VIP experience at his first game in Tampa Bay with three guests of their choosing, ownership of the jersey and cleats he’ll wear during the contest, and the option of going to dinner with the legendary quarterback or getting a crash course in pliability during a private workout.

I’m not sure what the market value on that bundle is but I’m going to go out on a limb and say it’s probably nowhere close to the $800,000(!) the final bidder paid for it. The identity of the winner hasn’t been revealed, but even if he did overpay, he also contributed a solid chunk to the over $27 million the ALL IN Challenge has raised in total as of this writing.