Lonzo Ball Worked Out With Kevin Durant And Steve Nash 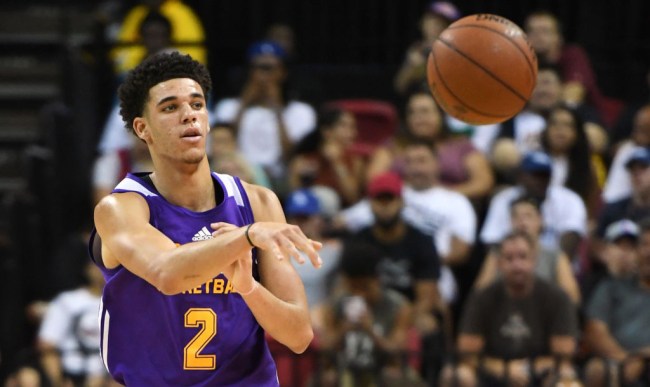 The Los Angeles Lakers second overall pick showed a promising sign by working out with Durant and Nash. On Friday, Lonzo appeared on the Marcellus and Kelvin Show on ESPN Radio where he said, “KD came up there to work out last week. I got to work out with him and that was cool. Him and Steve Nash. So that was a lot of fun and a good experience.” Yeah, that sounds pretty fucking cool to get some pointers from two-time NBA MVP Steve Nash and last year’s NBA Finals MVP Kevin Durant. If Ball was wise, he would have recorded everything Nash had to say because they are both pass-first floor generals. Can’t wait to hear LaVar Ball say how he and Lonzo could wipe the floor with Durant and Nash.