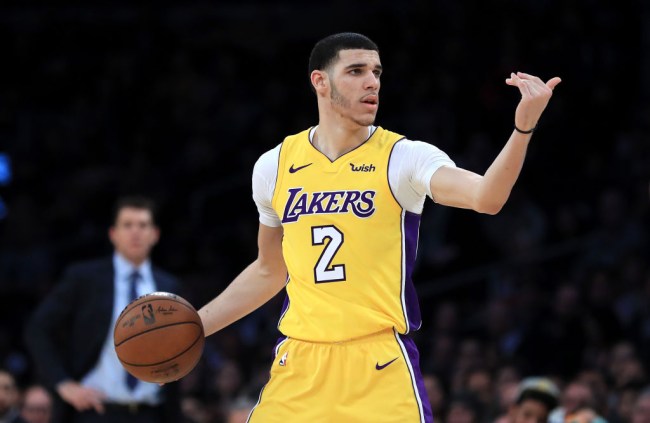 The Los Angeles Lakers are getting ready for a huge offseason and it appears they organization might be ready to shake things up to form a new super team with LeBron James out west. According to ESPN’s Chris B. Haynes, Lonzo Ball could be one of the players traded once all is said and done.

That’s something I haven’t been able to look in to, but I think any deal that you’re looking to make, or you’re trying to make to bring in a big piece, Lonzo Ball is going to be in that. Lonzo Ball is going to be in that for sure. Obviously the Lakers are trying to rid themselves of Luol Deng’s contract. Ingram could be in play, I’ve heard Ingram’s name mentioned by some… The one constant that I’ve heard is Lonzo Ball. I think anyway, if LeBron were to come, there probably wouldn’t be a need for Lonzo Ball because we know how ball dominant LeBron James is, so it’s still early in the process right now but as the days go on and as we get more and more information, we’ll start hearing more clearly on what those pieces could look like.”

While the team is deciding on what to do with him, Lonzo is just out relaxing at the beach with his teammates and his family but one pic from his getaway has got Lakers fans talking.

Lonzo heard about those trade rumors and hit the gym quick 😂 pic.twitter.com/72fcdFT3Yc

Of course the Internet had jokes about Ball’s physique.

lonzo looking yoked on his ig post. lmao. him and kuz about to battle for this year's #musclewatch title.

Instead of working out , he should buy himself a jumpshot lol