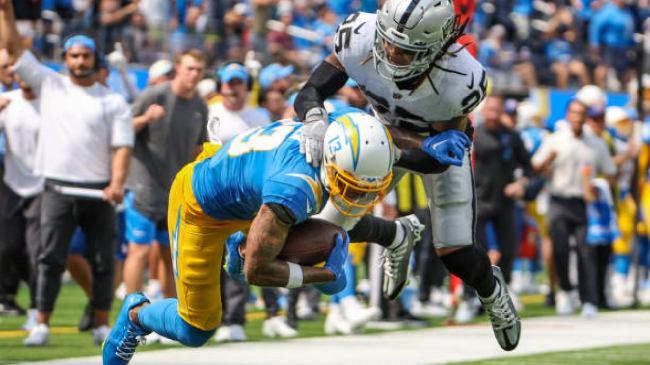 The Los Angeles Chargers are going to learn very quickly where they stand in a stacked AFC West this season.

After just barely getting beaten out for a playoff spot by the Las Vegas Raiders last season, the Chargers opened this season with a matchup against their AFC West rivals.

The Chargers won that matchup, but their reward is a matchup against another AFC West rival in Week 2. On Thursday night, they get to take on the Kansas City Chiefs, who dominated the Arizona Cardinals in their first game of the year.

Unfortunately for the Chargers, it is looking like they may have to take on that challenge without one of the stars of their offense.

Brandon Staley says that “it’s not looking great” for Keenan Allen on Thursday. Allen has a hamstring injury.

That statement echoed what Jeremy Fowler had reported earlier in the day.

Sources: Keenan Allen (hamstring) is 'probably' not playing Thursday night vs. Chiefs, but the MRI did not show any major damage. Concern is re-aggravating hamstring issue in early stages.

Without Allen, the Chargers will need Mike Williams and the rest of their receiver group to step up in a big way to keep pace with a dangerous Chiefs offense.

Williams was held to just 2 catches for 10 yards and Josh Palmer was only able to make 3 catches for 5 yards in the game. DeAndre Carter was able to pick up a lot of the slack on Sunday, but the chargers will need more from their big names in Week 2 if they are going to go to Kansas City and get a win.