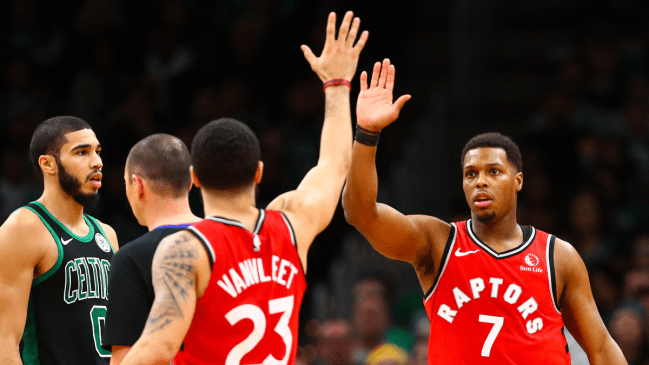 The Los Angeles Clippers have spent most of the first half of the 2022-23 NBA season on cruise control.

Kawhi Leonard has played just 24 of the team’s 49 games. While fellow superstar Paul George has played only 33.

As a result, the Clippers find themselves sitting with a 25-24 record, in sixth place in the Western Conference and just one game above the surprising Oklahoma City Thunder for the final playoff spot in the conference.

While Los Angeles’ goals lie in the postseason and their aim is likely just to get there in one piece, they must first get there. Which is why they’re reportedly pursuing some big name reinforcements before trade deadline on February 9.

Kevin O’Connor of The Ringers points out that the Clippers window to a win a championship is rapidly closing. Both Leonard and George are aging they have little in the way of draft capital after trading for George in 2019.

Which is why O’Connor reports that the team is looking at a couple of former All-Stars in hopes of improving upon Reggie Jackson at the point guard position.

Lowry makes $28.3 million, and his decline with the Heat has been even more apparent this season than Conley’s dip with the Jazz. Conley ranks 84th in our Top 100 NBA Player Rankings, while Lowry fell out entirely in the most recent update.

VanVleet, who is at no. 76, is overall the best target for the Clippers considering he’s only 28, he’s a relentless on-ball defender, and he was an All-Star just last season.

O’Connor goes on to say that VanVleet, rather than Pascal Siakam or O.G. Anunoby, is the most likely Toronto Raptors star to be dealt.

The clock is ticking in LA. And it’s time for Steve Ballmer to shake things up.