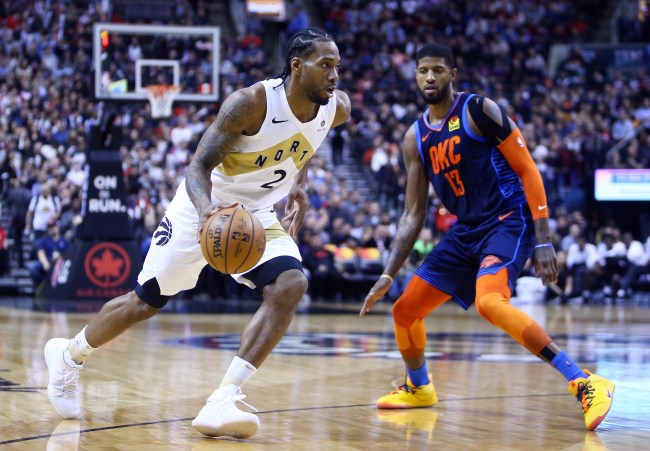 The LA Clippers. which many believed to be out of the running in the Kawhi sweepstakes, made a major move tonight and acquired to two superstars in one night.

According to ESPN’s Adrian Wojnaroski, the Clippers made a huge blockbuster trade for Paul George, who had been recruited by Kawhi Leonard.

Sources: Oklahoma City is getting a massive package of future picks, including Shai Gilgeous-Alexander and Danilo Galllinari, to deliver Kawhi Leonard who he wanted to partner with: Paul George. https://t.co/4bGpMNat8K

Going onto SportsCenter now to report on the Clippers landing Kawhi Leonard and Paul George.

Breaking: Kawhi Leonard and Paul George will be heading to the LA Clippers, per @wojespn. pic.twitter.com/5gxb2o6FhU

Sources: Leonard and George met in LA earlier in week. Clippers had long been frontrunners for Leonard, but it is unlikely he would've made final leap to sign without PG trade. Clippers imagined Leonard as part of a Lakers Big 3 — and knew they had no choice. They did OKC deal.