Los Angeles Lakers Being Linked With Trades For 2 Players 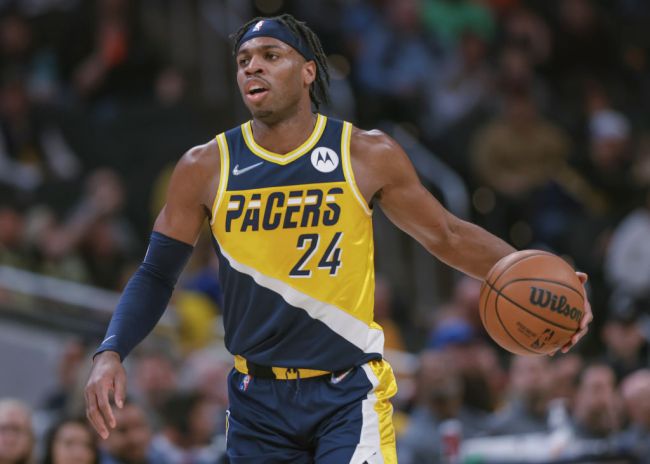 As the landscape of the league has shifted around them, the Los Angeles Lakers have been surprisingly quiet to start this NBA offseason.

They have been expected for some time to try to trade Russell Westbrook and have also been linked with a move for Kyrie Irving and a much less believable move for Kevin Durant.

However, the biggest moves they have actually made have been signing Lonnie Walker IV and Thomas Bryant. Both will serve as solid role players for the Lakers, but neither player is one that moves the needle much.

It turns out the Lakers are actually discussing two moves that would each be more impactful moves. According to ESPN’s Adrian Wojnarowski, the Lakers are looking into moves for Eric Gordon and Buddy Hield.

“They’ve looked at other deals. They continue, I know, to check in on Eric Gordon in Houston. That’s certainly a player that interests them. A Buddy Hield in Indiana. … Both of those players are former Rob Pelinka clients. … So the Lakers are looking at different scenarios in the marketplace.”

Either Buddy Hield or Eric Gordon would give the Lakers something they sorely missed. They’d give the Lakers somebody who can stretch the floor. Hield has never shot lower than 36.6% from 3 in a season throughout his NBA career. Gordon knocked down 41.2% of his looks from 3 last season.

If the Lakers can land either of these shooters to give LeBron James somebody to kick the ball out to when he drives, they’d be a great fit for a squad Bailey needing to bounce back from a disappointing 2021-22 season.