Details Emerging In Death Of Louis Nix, Girlfriend Suspected He Was Intoxicated The Last Time She Spoke With Him 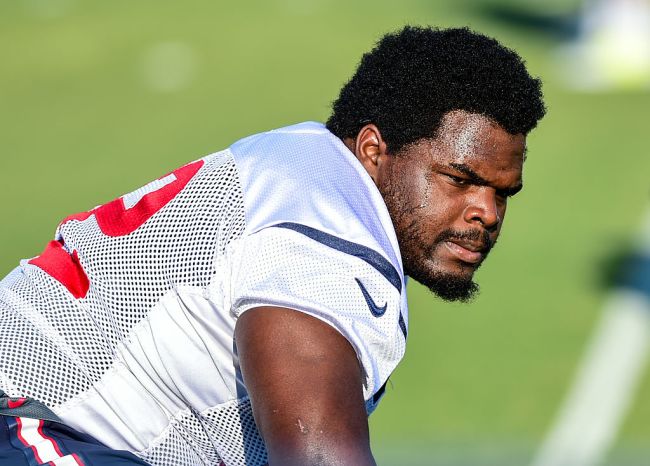 Former Notre Dame star and NFL defensive lineman Louis Nix was found dead after his car was pulled out of a pond in Jacksonville on February 27, three days after his family reported to police that he was missing. The investigation is still ongoing, but new details are starting to emerge surrounding the death of the 29-year-old.

The missing person’s report filed that Wednesday details that Nix’s girlfriend last spoke with him just before 8:00 PM that day. She explained that Nix was on his way over to her home, but he never showed up. She also stated that another man was in the car and she suspected that he was intoxicated.

Police haven’t suggested that Nix was impaired in any way, but his mother suggested he could have been distracted by his cell phone.

Missing persons report 3 days before Nix was found says Nix gf last spoke w/him at 7:57p on Wed, was on way over but never showed.She says he was driving with another man and”suspected Nix was intoxicated due to the sound of his voice and choice of affectionate words” @NDFootball pic.twitter.com/Iv54yMMZxo

I asked Nix mother did JSO suggest if he was impaired somehow from pain meds related to the shooting or anything else and she said “No they didn't but he may have been distracted by his phone.” @ActionNewsJax @NDFootball

In December of 2020, just a few months prior to his death, Nix shared a concerning video from what looked to be the back of an ambulance explaining that he had just been shot. Nix said he was simply putting air in his tires when someone shot and robbed him.

In the video he posted to his Instagram Live, Nix said “If I don’t make it, I really do love everybody.”

Nix had a very solid career with the Fighting Irish that propelled him into being a third-round pick in the 2014 NFL Draft. After being drafted by Houston, he went on to play for Washington, the Giants, and the Jaguars before suffering multiple knee injuries that shortened his professional career.