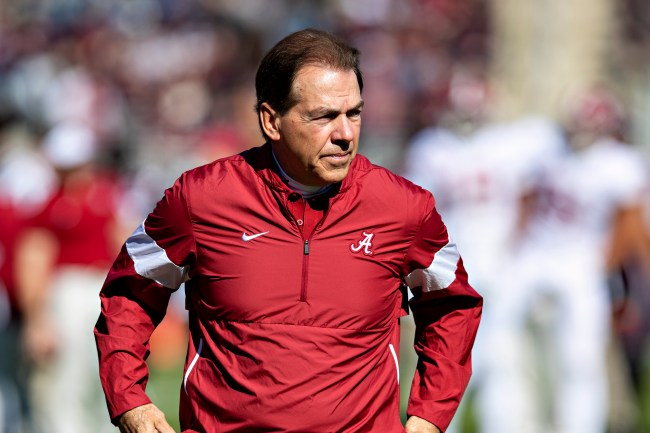 Nick Saban is currently on vacation in Miami but he’s still getting reminded about losing to LSU last season.

Over the weekend an LSU fan named PJ Pokorney filmed himself blasting the Tigers’ “Pregame and Touchdown” fight song while passing next to Nick Saban’s yacht in Miami.

Here’s the caption on Pokorney’s video.

I want to thank everyone for the birthday wishes! I had a great day. I love you all! …Best part of the day was trolling Nick Saban in south beach Miami waiting on a bridge , he gave way to the national champs!

At least Saban didn’t run out of gas while on his boat this time around.