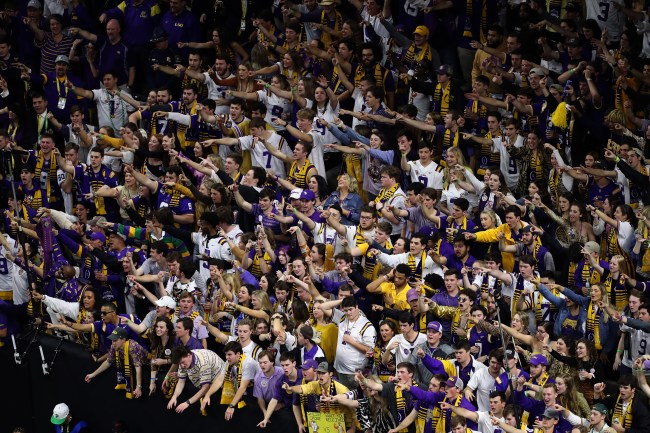 LSU’s game vs Clemson in the National Championship was basically over after a Joe Burrow bomb made the game 42-25 early in the fourth quarter and fans could feel it.

After the touchdown the LSU band played “Neck” and fans began doing their vulgar “suck that Tiger dick, bitch” chant live on ESPN.

A little neck to fire everyone up pic.twitter.com/K736ubJZlL

Even Joe Burrow joined in during the chant.

Joe Burrow joined in on Neck after casually tossing five touchdowns and 450 yards in the biggest game of his life. This is how you get voted governor of Louisiana. What an absolute legend. pic.twitter.com/CLYQ0Ocekx

For those that don’t know “Neck,” is a song by Cameo “Talkin’ Out Da Side of Ya Neck. At some point LSU fans added some interesting lyrics to their band’s rendition which has been a source of controversy for the school’s administrators who have tried to stop fans from chanting it at games for years.