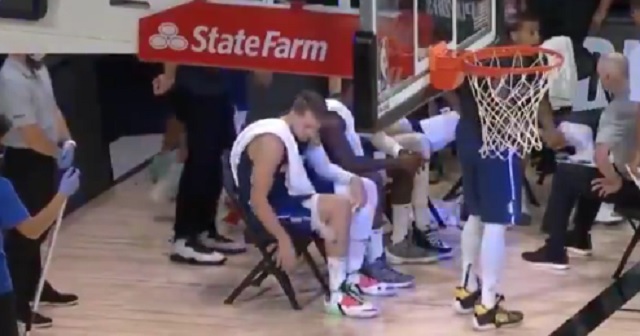 Luka Doncic is only 21-years-old but he plays like a veteran who is unfazed by the pressure of the playoffs.

Despite the fact that the Mavs were basically in a must-win situation to avoid going down 3-1 in the series, Luka was pretty chill doing bottle flips on the bench during a timeout in the overtime period.

.@luka7doncic was doing water bottle flips during a timeout in overtime 😂 pic.twitter.com/U3fjG1Q8za

Thankfully Luka is a better shooter than he is a bottle flipper because he was able to hit a game-winner just minutes later in the team’s overtime win.

That man is cold-blooded.