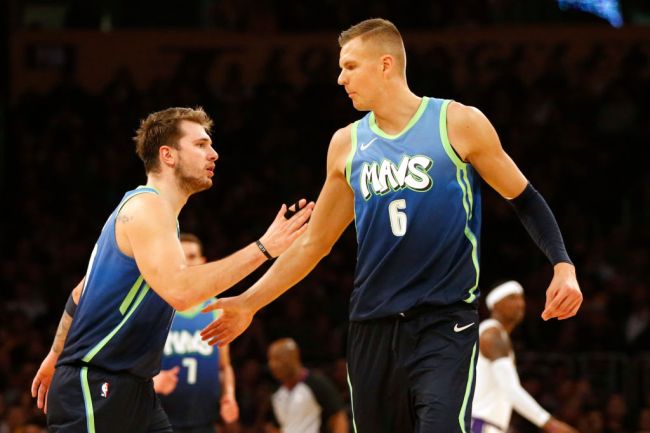 We’re beginning to learn more about the fallout between Luka Doncic and teammate Kristaps Porzingis.

Earlier this year, Mavs owner Mark Cuban admitted that Doncic and Porzingis have had “dustups” and went on to compare their relationship to Dirk Nowitzki and Jason Terry: “If you remember, when we first got Jet, Dirk was not a fan. Dirk did not like him.”

Last week ESPN’s Tim MacMahon took things one step further when he revealed that Luka and Porzingis just straight up don’t like each other.

Report: Luka Doncic and Kristaps Porzingis don’t like each other https://t.co/jZA7Rtu6j3

According to Dallas area sports reporter Mike Fisher, Luka was not pleased when Porzingis violated the league’s health and safety protocol by visiting an LA strip club during the playoffs.

KP wants to be a star on equal footing and it rubs him the wrong way that in his mind, the Mavs have kept him from doing that. Doncic thinks poorly of some of KP’s off-court behavior.

Remember when Porzingis broke the rules and snuck off to an L.A. strip club during the playoffs? The Mavs pretended to laugh it off; privately, Doncic wasn’t chuckling.

As of now it doesn’t seem like Luka and KP want to play with each other but it’s going to be tough for the Mavs to unload the injury prone Porzingis.