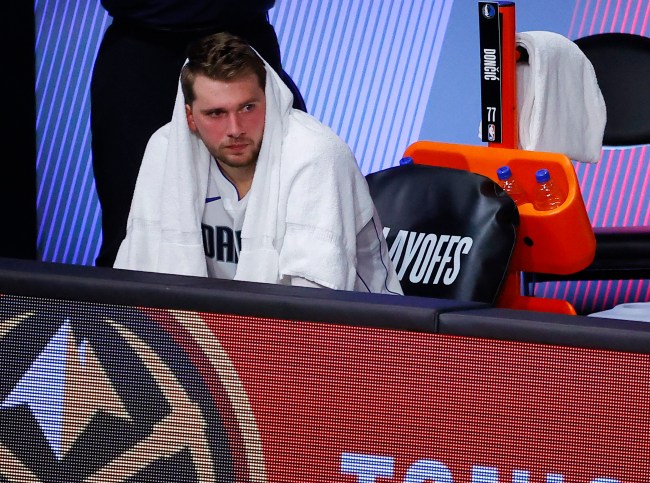 Luka Doncic has some huge expectations coming into this season and has emerged as an MVP favorite because of his play during the playoffs in the bubble.

On Monday, ESPN spoke to an anonymous NBA executive who believes Doncic is set to win multiple MVPs during his career.

“If you put a gun to my head and you have to go win a playoff series, I’d say LeBron,” an Eastern Conference scout said according to ESPN. “But I’ll tell you what: That motherf—er in Dallas is coming. … That dude is going to win multiple MVPs.”

Unfortunately, it seems like Luka might have to get himself into shape before the start of the season. During the Mavs opening preseason against the Bucks on Saturday, NBA fans noticed Luka appeared to have gained a bit of weight during the NBA’s brief offseason.

Nba players they are just like us. Or me specifically pic.twitter.com/R34Rlo66e0

He looked extra slow yesterday. Needs to drop like 10-15 pounds. He still played well though. https://t.co/SgpKy4mKjw

@clarencehilljr so nobody gonna talk about all the weight luka gained?

Quarantine has been a struggle for all of us. https://t.co/629RFjPF8B

It shouldn’t take long for Luka to get into playing weight but it’s still a bit alarming to see him about 10-15 pounds about where he wants to be on the court.