Mac Jones Stays Boring With His Latest Comments About Christmas, Gets Called Out On Social Media 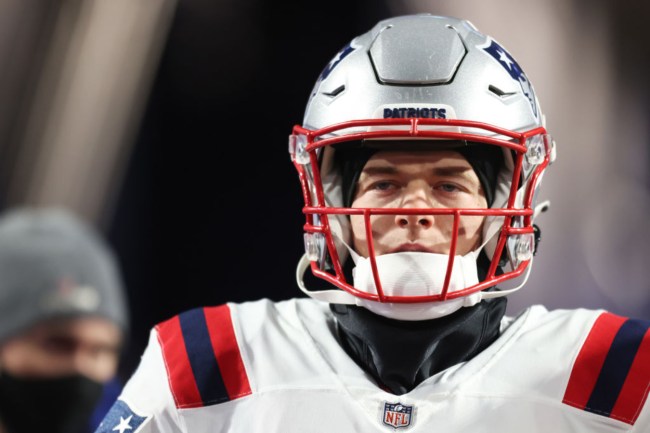 Mac Jones is too busy turning into the clone of Tom Brady to get in the holiday spirit this year, he made that abundantly clear during a recent radio hit in Boston.

Jones has fully embraced the Patriot, Bill Belichick way over the last couple of months by becoming one of the most boring players in the NFL when speaking to the media.

Mac Jones on @MerloniFauria: “I don’t really have one, but anything like Taylor Swift & Christmas because of my girlfriend. I don’t have one for you guys.”

“No. I need to watch more movies, though.”

At this point, I think Jones is 100% purposefully saying these things just to get a rile out of the media.

I’m going to go out on a limb here and say that Jones grew up with a television in Jacksonville, FL and I’m also pretty sure he was a kid at some point.

He’s absolutely seen his handful of Christmas movies, maybe not all of the classics, but it would close to physically impossible for him not to have seen at least one of the Home Alone’s, It’s A Wonderful Life, Miracle on 34th Street, or even Christmas With The Kranks for crying out loud.

Jones just flat out saying “no” when asked if he has a favorite Christmas movie is honestly disrespectful.

This is a bad look

My god he really his a Patriot https://t.co/O0p2SAKPLZ