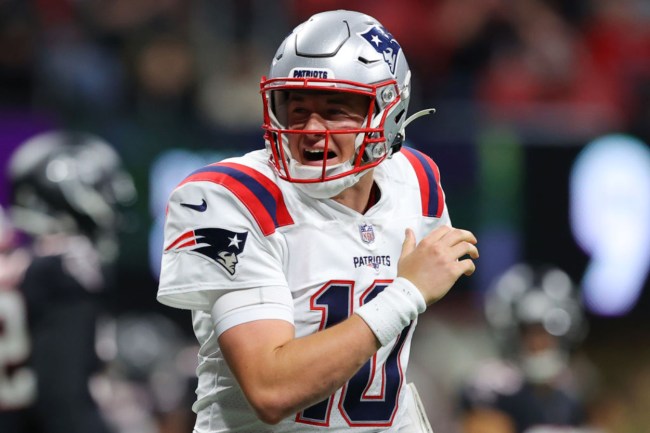 Every year when Thanksgiving rolls around we’re treated to some bad food opinions out of the sports world. This year’s crown for ‘Worst Thanksgiving Food Take’ is probably going to go to Patriots quarterback Mac Jones after what he had to say on Monday.

Jones joined ‘Merloni & Fauria’ on WEEI on Monday. During what was ultimately an awkward segment and one that Jones didn’t really seem to be enjoying, the rookie admitted he doesn’t like pie.

“I don’t like apple pie, I don’t like any of the pies,” Jones explained after having already admitted to not liking pecan pie.

#Patriots QB Mac Jones says he is not a Pie guy, goes for anything chocolate and the side he can't do without — like his HC Bill Belichick — is mashed potatoes and gravy

It’s a good thing Jones kept his hatred for pies a secret until now because there’s no way Alabama would’ve offered him a scholarship knowing that the man didn’t enjoy pie.

I guess avoiding pies helps you become an NFL quarterback, but come on, not even pie on Thanksgiving? It’s honestly tough to trust someone who doesn’t like pie.

On a side note, in case you needed another example of Jones essentially turning into Bill Belichick and buying into the Patriot way since arriving in New England, he agreed with his coach about one thing.

Belichick revealed that his favorite side dish at Thanksgiving is anything involving potatoes.

“Oh boy. It would be hard for me to turn down any type of potatoes. I’ll go with whatever — mashed potatoes, scalloped, baked … Load ’em up. Throw some butter on there. Starch me up,” Belichick told ‘The Greg Hill Show.’

Jones said the one side dish he’s got to have at Thanksgiving is potatoes and gravy.