Bill Belichick Shares What His Favorite Thanksgiving Side Dish Is 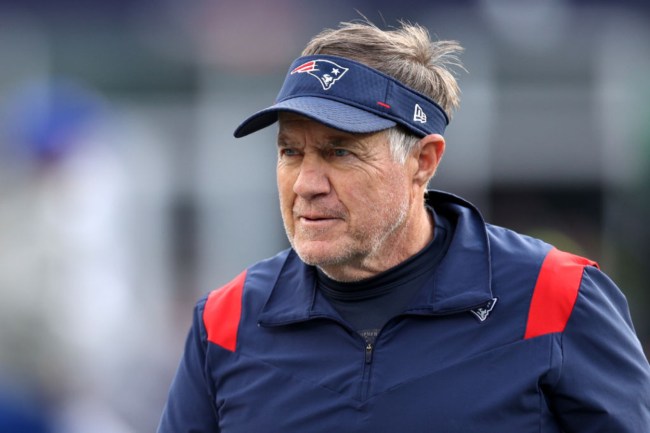 Real and honest Thanksgiving connoisseurs out there know that the Thanksgiving spread isn’t all about the turkey. More often than not, the turkey never lives up to the expectations we always seem to have.

So, with that being said, a Thanksgiving spread is nothing without great side dishes. You can never have too many sides, but there are a few must-have staples that always seem to be atop everyone’s favorite list, and that’s true for Patriots head coach Bill Belichick.

With the holiday just a few days away, Belichick was asked what his favorite Thanksgiving side is and it didn’t take him long to give his answer.

“Oh boy. It would be hard for me to turn down any type of potatoes. I’ll go with whatever — mashed potatoes, scalloped, baked … Load ’em up. Throw some butter on there. Starch me up,” Belichick told ‘The Greg Hill Show.’

“Starch me up” is such a great line, spoken by a man that clearly loves him some potatoes.

It’s interesting that Belichick didn’t specifically mention sweet potatoes or sweet potato casserole, it sounds like he’s just a regular potato guy. That’s fine and all, but if there isn’t some sort of sweet potato on your Thanksgiving table then it’s not Thanksgiving, period.

Belichick seemed to be in a good mood during his Monday morning interview, and rightly so after the Patriots are coming off of a shutout win over the Falcons.

He’ll get to enjoy his Thanksgiving this year as the Patriots don’t play on Thanksgiving. Next up for New England is a home game against the Titans on Sunday afternoon.