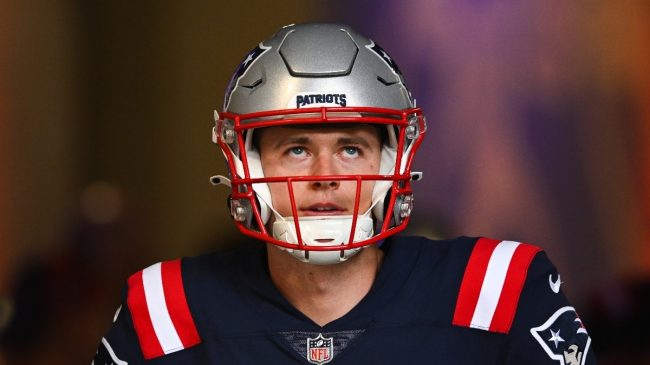 It’s come out in the last two games the New England Patriots have played that teams know what plays they’re going to run. Somehow they still managed to defeat the Indianapolis Colts, but it’s still a problem for the team to resolve. Now, quarterback Mac Jones addresses the issue.

It’s not like Bill Belichick to run a predictable offense but here we are. According to Henry McKenna, Jones claims that opposing defenses knowing plays is kind of a part of football. Makes sense due to the fact everyone watches so much film. The Patriots quarterback states, “You just have to give credit where credit’s due. Obviously, we want to fix anything that we’re giving away.”

Mac Jones asked about Patriots offense becoming predictable: “We watch film, we sometimes know what teams are doing, sometimes we don’t. … You just have to give credit where credit’s due. Obviously, we want to fix anything that we’re giving away.” pic.twitter.com/0yzVaAaKz1

Hopefully, the Patriots fix the problem sooner, rather than later. Especially if they hope to make the playoffs. Regardless, it makes sense why Bill Belichick’s offense has struggled for the most part this season. Even so, now is the time to change things up to keep opposing defenses on their toes.

It’s been a roller coaster of a year for New England so far. However, being able to make the offense less predictable will go a long way in righting the ship. Look for Mac Jones to get the Patriots’ offense rolling, as the young quarterback has plenty of work ahead this season.