Magic Johnson Shares His Mount Rushmore Of NBA Head Coaches, Exposes Himself For Inability To Count 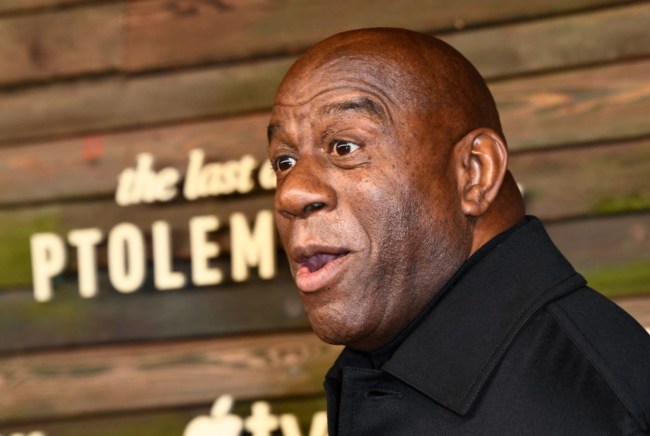 The Warriors were led by Andrew Wiggins tonight, who had 26 points and 13 rebounds! Four other guys ended in double figures: Klay Thompson with 21, Curry 16, Payton 15, and Poole ended with 14.

One of the big reasons the Warriors won Game 4, besides Steph going off for 43 points and 10 rebounds, was GSW dominated on the boards 55 to 42.

While those tweets are pure gold, Johnson truly outdid himself on Friday morning reflecting on the Warriors winning the NBA title over the Celtics.

With Steve Kerr winning his fifth NBA championship as a coach, and his ninth ring overall, Johnson officially added him to his Mount Rushmore of NBA coaches.

The takeaway is obviously Johnson’s inability to count.

Johnson isn’t a typical American, however, he happens to be one of the greatest basketball players to ever live with over 5 million followers on Twitter alone.

This is peak Magic Johnson, rules have never applied to the man. Your favorite could never have a five man Mt. Rushmore https://t.co/FB38dwzg15

People forget how many Presidents are on Mount Rushmore. https://t.co/mDNmi4snet

This belongs on the Mount Rushmore of tweets. Along with 4 other tweets… https://t.co/pjgjmLau8r