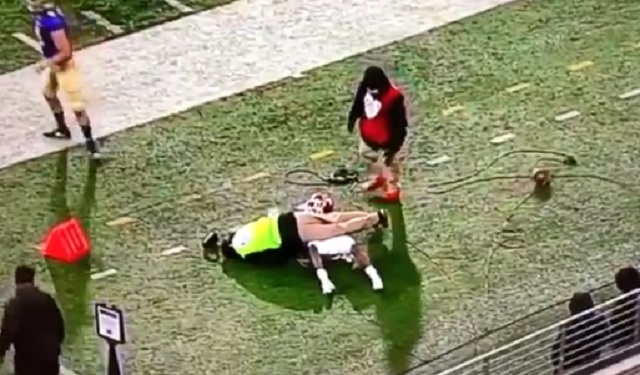 A man standing the sidelines during Saturday night’s Utah-Washington game was knocked out cold when a Utah player running out of bounds ran into him and caused him to hit the ground landing headfirst right before halftime.

The man, who appeared to be an audio engineer, laid motionless on the ground before ESPN cut to the halftime show.

This didn’t look good. Hope that guy is ok. pic.twitter.com/vajnhf26R7

According to ESPN commentator Beth Mowins the man ended up being ok and was able to “walk it off.”

Beth Mowins says guy who was knocked out cold was ok and was able to "walk it off" pic.twitter.com/rnEpi4ul42

Hopefully, that dude is getting paid hazard pay because football sidelines can be dangerous.