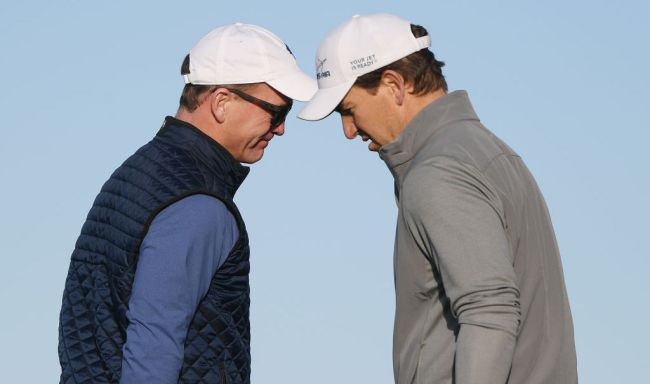 While appearing on The Dan Patrick Show on Wednesday, NFL reporter Albert Breer stated that the reason that Peyton and Eli Manning never took less money on their contracts to help spread it around to their teammates — a la what Tom Brady did in New England for so many years — is because the Manning family has “had an eye” on owning an NFL franchise and have spent recent years building the capital to do so.

Granted, that total will certainly ballon in the coming years if Arch Manning — currently the number-one ranked pro-style quarterback in the class of 2023 — pans out as a pro, but even still, he won’t be in the NFL and earning NFL-sized paychecks for another five years or so. He’ll definitely be getting some sweet NIL money in college, though.

As for which NFL franchises could be on the board for the Mannings, the cheapest team in the league (currently) is the Buffalo Bills, with a reported value of $2.27 billion, according to Forbes. The Manning’s hometown New Orleans Saints also find themselves at the lower end of the spectrum, as they’re currently the 25th most valuable NFL team at $2.825 billion. Perhaps Peyton could convince his old play Jim Irsay to give him a hometown bargain on the Indianapolis Colts, which are currently valued at $3.25 billion.

There are also perenially moribund franchises such as the Jacksonville Jaguars ($2.8 billion), Cleveland Browns ($2.6 billion), and Detroit Lions ($2.4 billion) with fan bases that would likely beg the Mannings to save them from their current awful ownership.

Either way, if the Mannings do want to own an NFL team, they’re either going to have to make some wildly shrewd, net worth-multiplying investments over the next few years or find some more investors to join an ownership group with them.

RELATED: ‘The Simpsons’ Writers Jokingly Explain Why ‘The Manningcast’ Wouldn’t Exist Without Them