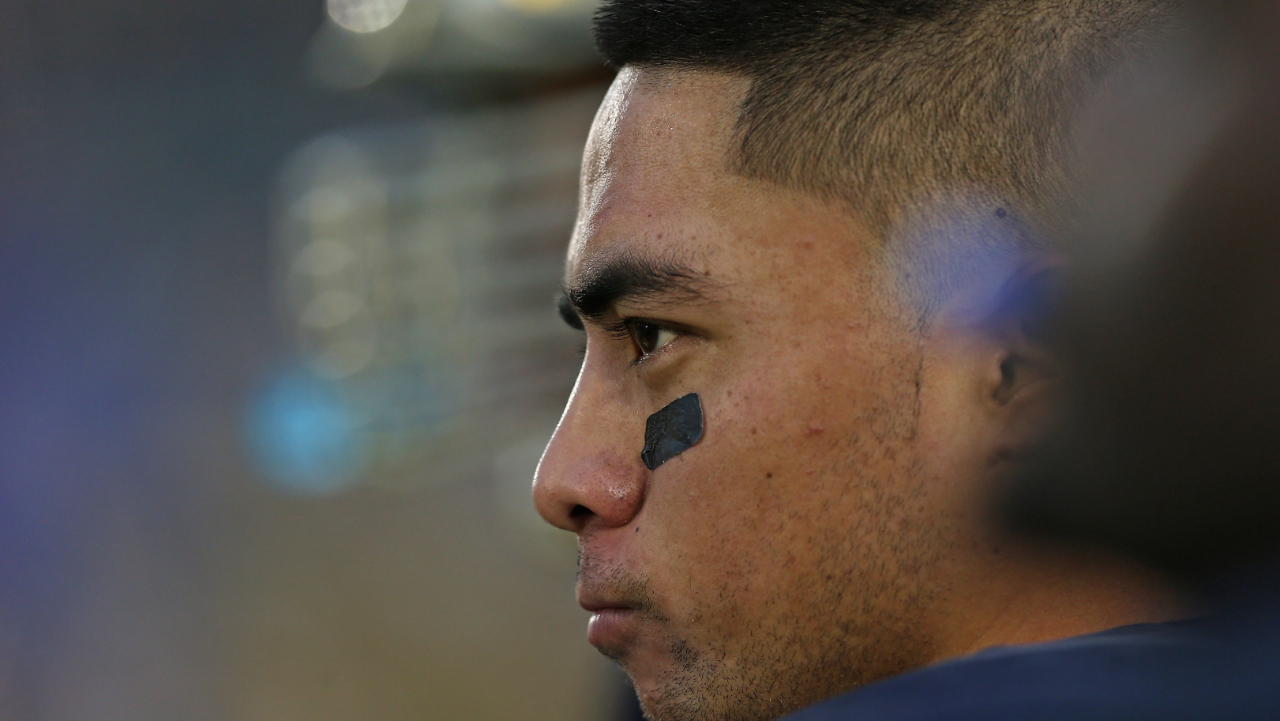 Manti Te’o made his long-awaited return to Notre Dame, and it was a touching scene.

On Saturday, Te’o made his way to South Bend to give the team’s pre-game speech at The Victory March.

“It’s easy to jump on the bandwagon when everything is going right but I want to know who’s with me, who’s gonna jump off that wagon when it ain’t rolling right and start pushing with me? That’s why I’m here, Coach said I need a little bit of push, and I said, I’m there coach.”

“It’s easy to jump on the bandwagon when everything is going right.

But who’s gonna jump off that wagon when it ain’t rolling right and start pushing with me?

Before the start of the game, Te’o received a loud standing ovation from the Notre Dame guy that left him tearing up and emotional.

Manti Te'o gets emotional in his return to Notre Dame 🙏☘️ (via @angdicarlo) pic.twitter.com/z2PFJZJibD

Manti Te’o is getting much deserved love at Notre Dame 👏👏 (@tbhorka)pic.twitter.com/8suTw1kYbA

Manti Teo fighting back tears as he receives a massive ovation before todays game. pic.twitter.com/Ie4cMuSrFr

Te’o has been on a bit of a redemption tour since the release of the Netflix doc Untold “The Girlfriend Who Didn’t Exist,” which made him a sympathetic figure after all these years.

Despite being bitter about what took place at the end of his college career, Te’o talked about why he loves Notre Dame and considers it home.

"I owe Notre Dame everything." #Hawaii's Manti Te'o returned to Notre Dame today for the first time with his family. The 2012 Maxwell Award winner was part of the Victory March, spoke at the rally, and honored prior to the game to a standing ovation #CFBHawaii pic.twitter.com/Qt0GXrK0Tv