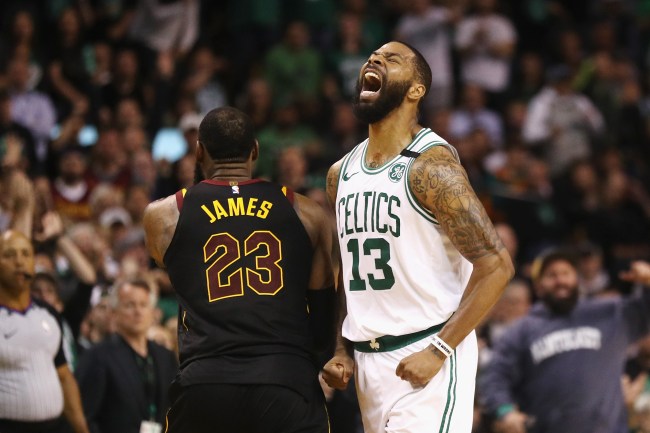 Earlier this week Marcus Morris fired agent Rich Paul after he backed out of a deal with the Spurs to a sign for more money with the Knicks.

Marcus Morris has been frustrated by what he thought would be a stronger market for him this summer, source familiar with his situation told @SInow. Knicks can offer a higher salary for next season, while hitting free agency again in 2020.

According to a source, Marcus Morris and Nerlens Noel have fired agent Rich Paul.

According to a report by NY Dailly News’ Stefan Bondy Morris turned down a larger deal from the Clippers before settling with the Knicks.

Morris, according to a source, turned down a three-year, $41 million offer from the Clippers before pivoting to the Spurs and, eventually, the Knicks. After being rejected by Morris, the Clippers used that space to acquire Moe Harkless and absorb his $11.5 million salary via trade.

NBA conspiracy theorists believed Rich Paul steered Morris away from the Clippers so that he wouldn’t face LeBron James out west.

Morris would have helped the Clippers. https://t.co/Ff30Yo5F6k

We gonna talk about how rich Paul snaked Marcus Morris and it has lebron written all over it.. personally think bron didn’t want him on the clippers

Yo, this is a BIG yikes. Makes you wonder what Rich Paul told him about his market for Marcus Morris to turn this down. https://t.co/S1g9GhdCZT pic.twitter.com/bwBhuy9Qva

LeBron runs clutch…. clippers and Lakers were both in on kawhi, Marcus is the LeBron stopper, klutch steered him elsewhere.

Rich Paul kept Marcus Morris from signing with the Clippers 😂