Will Marijuana Ever Be Sold At NBA Games? 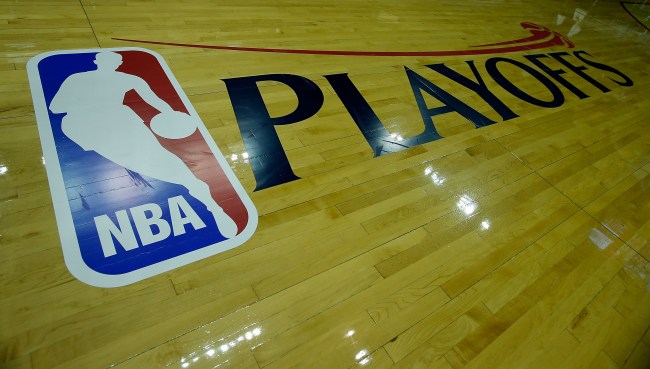 Stopping by a beer vendor for a cold one is the first line of business for almost every NBA fan on game night. Buying brews before, during and sometimes even after watching basketball pro’s commit feats of excellence that most of us never could has become such a tradition by now that no one ever really complains about how expensive it is to maintain a beer buzz for four quarters. But make no mistake about it the sports sector is an enormous revenue stream for the brewing industry. So much that would be naïve to think that the cannabis trade is not at least considering the possibility of tearing off a piece of the action sometime in the near future. But will there ever come a day when marijuana is sold at NBA games in the same way as beer and other alcoholic beverages?

Former NBA star turned cannabis entrepreneur Al Harrington says it will be a cold day in hell before weed is served on venue concourses alongside booze. The 16 season basketball veteran, who has scored with teams like the Indiana Pacers, Denver Nuggets and the Golden State Warriors, argues that the non-smoking policies at event centers will ultimately be what prevents marijuana commerce from taking off at NBA events.

It will never happen, Harrington told BroBible. “Especially if it is vapor…especially if there is going to be smoke,” he said. “We don’t want smoke in our arenas and different things like that. So, I don’t think that will ever happen.”

But maybe this aversion to allowing marijuana in event venues is nothing more than a logistics issue. Ever since states began to legalize marijuana for recreational use, the cannabis industry has exploded with a variety of edible pot products for those people who do not wish to smoke or vape. Some of these stoner treats are even beverages – putting it well within the scope of possibility that these types of products could one day be sold at NBA games. What’s more is there is already evidence that the alcohol companies are scheming to bring cannabis elixirs to the mainstream. It was just last year that Constellation Brands, the third largest booze producer in the United States, invested nearly $200 million in a cannabis development deal. The goal of this venture is to create cannabis-infused beverages for Canada once it goes fully legal later this year.

Although Constellation Brands CEO Rob Sands said the brewer has no plans to sell cannabis beverages to consumers in the United States, that would likely change if marijuana was made legal at the national level. A move of this magnitude would allow the federal government to tax and regulate marijuana in the same way as alcohol and tobacco – making weed a strong part of the American SIN market. But even then, it might take some time before venues are ready to do business with the cannabis industry.

It can take time to adjust to a new scene. Alcohol experienced its fair share of controversy with respect to its place at sporting events in the early days. Now booze is as much a part of the game as the players. Even some college athletics departments are now selling beer.

On the other hand, considering that alcohol sales make up 45-60 percent of a venue’s revenue, event centers may be quick to get into bed with the cannabis trade. After all, legal weed is predicted to generate billions of dollars in revenue and create hundreds of thousand of new jobs.

But until the United States government finally stops pushing the prohibitionary standard, the cannabis industry is going to be forced to continue operating in the shadows of uncertainty. But when the time comes when weed is sold across the nation the same as beer, you had better believe cannabis companies will be looking to partner with event centers.

In the meantime, learn how to inconspicuously transform that overpriced beer into a cannabis treat.

Stay high (and thirsty), you animals!