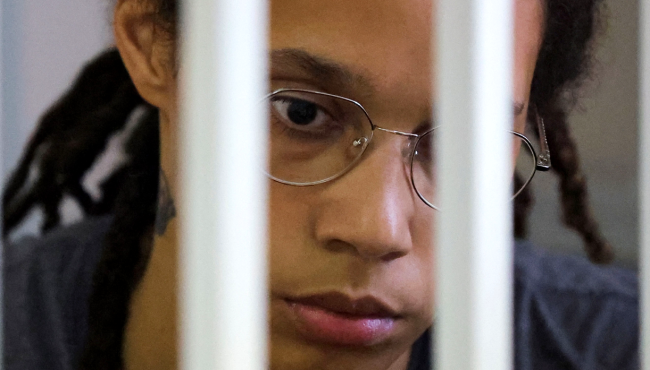 U.S. Marine veteran Trevor Reed served three years of a nine-year sentence after being charged with committing violence against Russian officers in 2020.

Reed was arrested for an altercation he had during a drunken night out in Moscow the year before.

In April, Reed was released from prison in exchange for Russian national Konstantin Yaroshenko. Yaroshenko had been serving time in an American prison on drug smuggling charges.

This week in a CBS Mornings interview, Trevor Reed explained what life is like now for incarcerated WNBA star Brittney Griner over in Russia.

Reed explained that the conditions under which Griner and U.S. Marine veteran Paul Whelan are currently living are, based on his experience, probably “terrible” in large part because prison officials and police in Russia “don’t like Americans.”

When asked what the appeals process, which Griner is currently undergoing, is like, Reed said, “While you’re there, you’re going to be meeting with lawyers, there’s a lot of waiting, you may be requesting expertise or trying to find new evidence in order to appeal the ruling of the previous court during that time, and that appeal could take years, basically. But in the end all of those appeals are fake, they’re as fake as the first trial that you receive. All courts in Russia are fake.”

Reed did add that the prison in which Griner is being housed is “probably going to be significantly better than the forced labor camp” where Whelan is currently incarcerated.

“Just know that people are fighting for you and just know that you have a lot of people supporting you back here at home and that the highest levels of the U.S. government are attempting to get you out, so keep the faith,” Reed said would be his message to Griner and Whelan.

He says Brittney Griner’s appeal is unlikely to amount to much, claiming “all courts in Russia are fake.” pic.twitter.com/xNENDwm8NA