When you’re worth the GDP of some developed countries, an insatiable ego is something that is nearly unavoidable. It’s easy to believe that you are better or more powerful or more worthy than everyone else because in many ways, you are. Mark Cuban is worth an estimated $3.5 billion and his seamless crossover into pop culture has made him a double-headed monster. He’s proven time and time again to be a spiteful dude, citing his incessant pissing contests with Donald Trump.

But this is a whole other level of using power and status to intimidate and threaten. And it’s petty as fuck.

Last night, Bleacher report posted a tweet of Dirk Nowitzki air balling a three-pointer, accompanied with the caption, “Dirk Forever.” Here is a screenshot of the tweet, which has since been deleted (we’ll get to that). 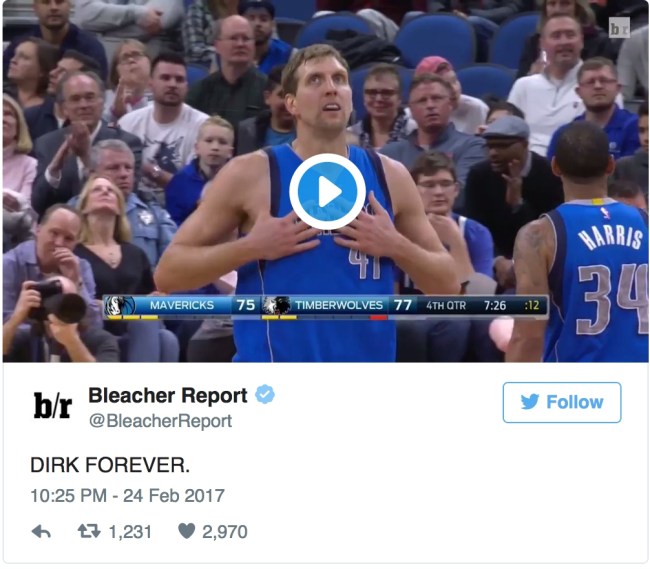 A video of the airball:

Mavericks owner Mark Cuban caught wind of the tweet and, likely a bit frustrated that his team is in the basement of the Western Conference, sent an aggressive email to David Levy, President of Bleacher Report’s parent company, Turner. 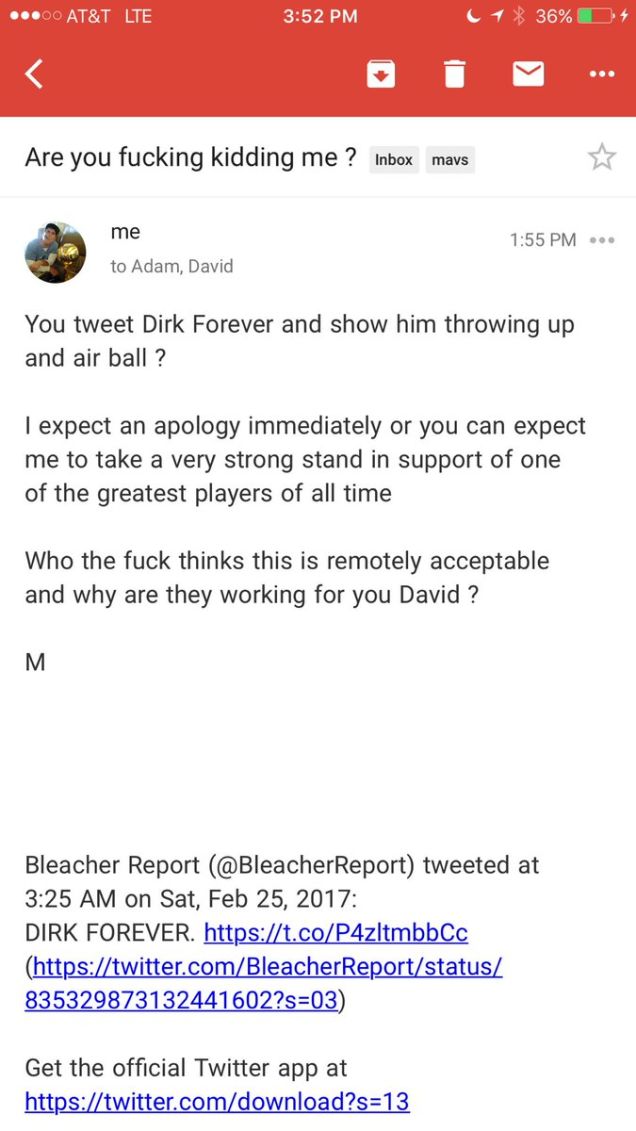 Sidenote: If you sign your name with just the first letter, you’re probably a douchebag.

Levy responded to Cuban like a customer service representative whose email is being monitored for quality assurance. Cuban’s anger could not be fanned. 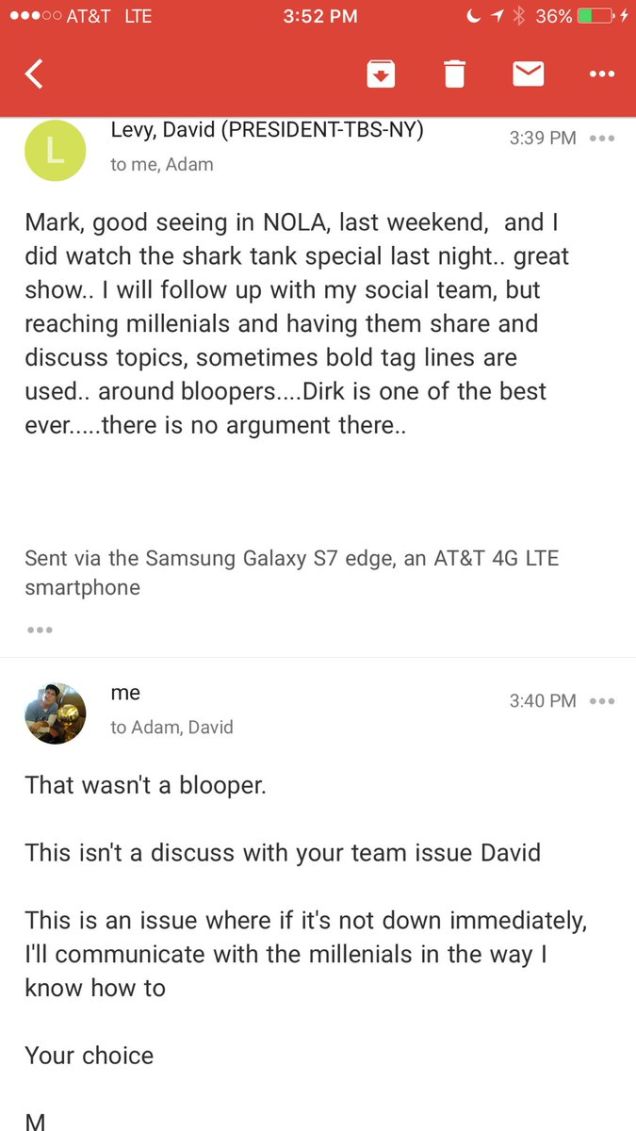 Ladies and gentlemen, the power of a billionaire:

Earlier today we deleted a tweet about Dirk Nowitzki. Dirk is an NBA legend in our eyes and will be forever.