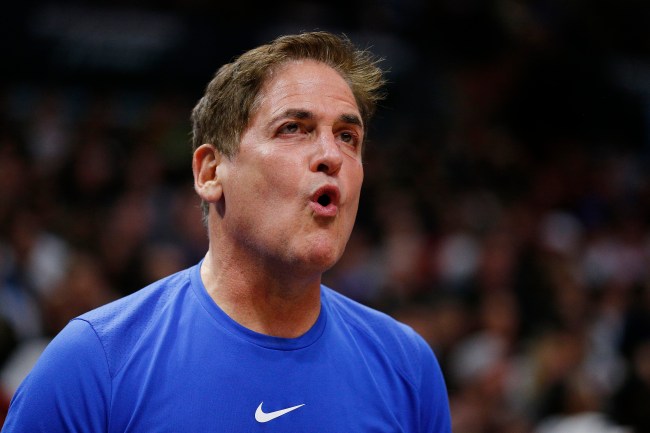 NBA teams have been given the green light to reopen practice facilities this week but there are currently only three teams with immediate plans to reopen. The Cleveland Cavaliers, Portland Trail Blazers and Denver Nuggets will open their practice facilities to staff and players on Friday (the Hawks next week) and there are maybe 2 or 3 other teams that will follow suit but for now, most NBA teams are proceeding with extreme caution.

Dallas Mavericks and Shark Tank star Mark Cuban went on The Athletic’s 77 Minutes in Heaven podcast with Brian Dameris and Mark Followill where he discussed why the Mavs have no plans to open up in the immediate future.

The way Cuban tells it the decision isn’t a difficult one at all. Without the ability to easily and freely test his players, athletic staff, and personnel there’s no sense in putting anyone at risk.

“Yeah, it’s not gonna happen. The problem obviously is because we can’t test people, then we can’t assure anybody’s safety, whether they’re basketball players or anybody else.

And even though we can try to take all different kinds of precautions, it’s just not worth it, particularly when our guys are staying in shape and they’re going outside and shooting on outdoor hoops and, you know, working out in various ways. So I just don’t think the risk is worth the reward.”

Mark Cuban also discussed what a restart to the NBA would look like and when, whether that be an extension of this season or something in the future. Again, his answer makes perfect sense and anyone who has been listening to the disease experts knows that there are defined steps that need to be taken and necessary measures and precautions that need to be in place before most aspects of everyday life can resume.

“I mean, remember: a full training camp these days is three weeks. It’s not like it’s an extended period of time.” (via TheScore)

Mark Cuban's concerns on the inability for a team to test asymptomatic players entering the gym for these volunteer workouts is shared by other franchises. "I just don't think the risk is worth the reward," Cuban said. https://t.co/4bZek3POM3

According to an ESPN report last week, the NBA has apparently advised teams not to test players and staff who are asymptomatic. As I’m sure everyone knows by now, the asymptomatic carriers are the individuals who often spread the virus the furthest for an array of reasons. Without the ability to test everyone there are just too many loose ends.

As a Mavs fan, I’d love to see some clips from practice and gain a sense that there’s some semblance of normality on the horizon but based on these comments it just doesn’t seem like they’ll be open for business anytime soon.