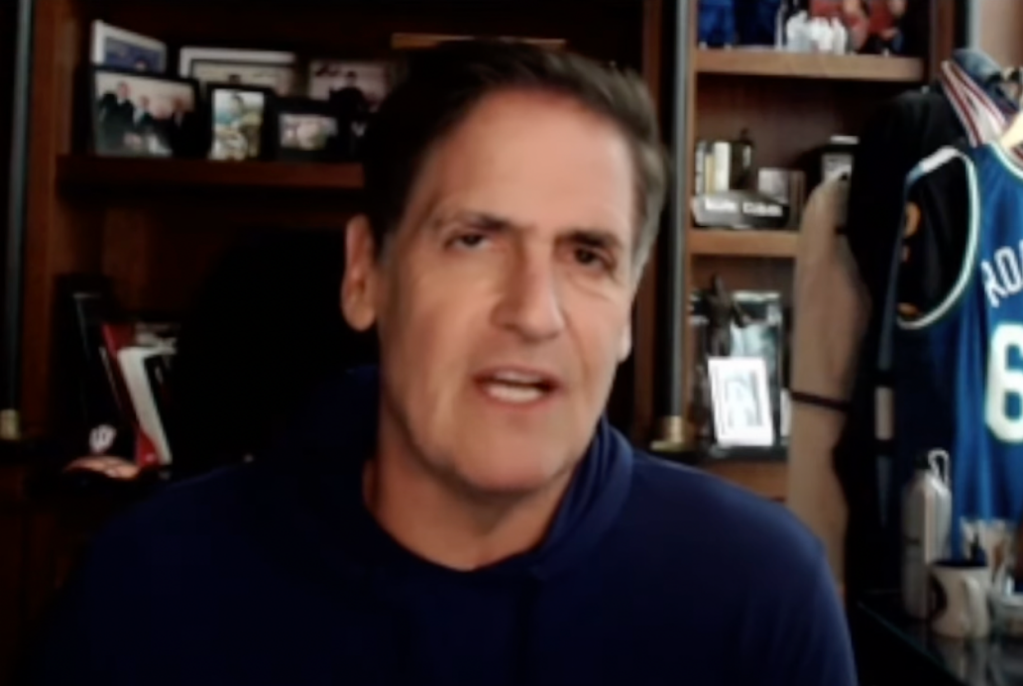 Dallas Mavericks owner and Shark Tank star Mark Cuban is a genuine visionary. He has become one of the two hundred wealthiest people on the planet by making brilliant investments and following his entrepreneurial spirit.

His financial success helped him buy the Dallas Mavericks and nourish his love of sports but after becoming an NBA owner sports and business became intertwined forever. Appearing on The Colin Cowherd Podcast this week, Mark Cuban discussed Luka Doncic‘s adjustment to the NBA, NBA rules he’d like to change, and more.

After talking about parenting and the use of social media, the conversation drifted to Mark Cuban talking about TikTok. Specifically, Cuban believes TikTok forever changed how sports media is presented and he went as far as saying it could ‘save baseball’. I suppose it’s worth asking if baseball even needs saving as every MLB franchise is worth a billion dollars or more but Cuban’s comments about TikTok are intriguing.

The portion about TikTok comes around the 10:19 mark in the video below.

“Look at this way, TikTok uses AI to present the things you’re interested in. So if my son or I like Luka Doncic dunks, NBA stuff, and dogs. You’re just going to get a steady stream of that. If Major League Baseball did a Tiktok version of call ‘Red Zone for the NBA’ or ‘Red Zone for MLB’ and all I cared about was Ohtani, Texas Rangers, and the Pittsburgh Pirates. And every impactful at-bat, you know, bottom of the 9th with runners in scoring position.”

“And it’s showing me a real-time live feed of just that at-bat, or just that possession where Luka has the ball or just that dunk. Whatever it may be from my favorite players. That’s the future of Sports Media. Because we’re not going to get our 16-year-old or 12-year-old to sit for a full game. It’s just not going to happen.”

.@mcuban explains how TikTok will change the way we watch sports pic.twitter.com/Ci6PKPYbvz

After that, the conversation shifts to the future of business. Mark Cuban says ‘there are two types of companies, those who are great at AI and everybody else.’ Shortly thereafter he mentioned that he has conversations about ‘blood analytics’ which sounds like a conversation only billionaires have…

As for the TikTok-ification of Sports Media, it does seem like that’ll be the future with younger generations not having the attention span for a full game. But using Mark Cuban’s model will be incredibly problematic for the major sports leagues. If every new fan is only a fan of specific players in specific situations, that fandom dies out pretty quickly when players get injured or retire.