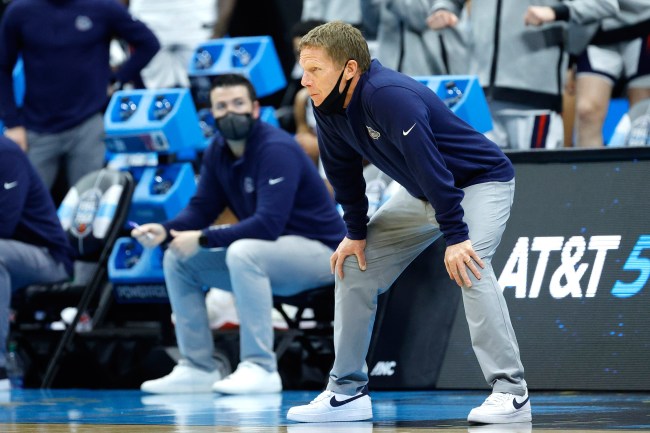 Gonzaga University coach Mark Few was arrested for DUI in North Idaho on Sept. 6 after being stopped by police at around 8 p.m. in Dalton Gardens when a fire truck reported to have observed him driving erratically.

New police video of Mark Few’s arrest over Labor Day Weekend was recently obtained by TMZ Sports and shows the 58-year-old basketball coach repeatedly not following the officers’ orders and even arguing with them about the efficacy of field sobriety tests.

In the video, the Gonzaga coach claimed that the reason for his swerving was because he was trying to control the dogs in his car, but also admitted that had “a couple of beers” earlier in the day.

Few initially refused to get out of his car, but did so when the officer told him, “You don’t have a choice.”

Mark Few also claimed that he wasn’t going to do a field sobriety test because they are “totally subjective” and because he had suffered injuries to his ankles in the past that would prevent him from performing a “physical” test properly.

After being cuffed and taken to the police station, Few reportedly blew a .119 and a .120 and in September plead guilty to misdemeanor DUI.

In addition to being sentenced to community service and being placed on unsupervised probation for one year, the 2017 AP Coach of the Year was suspended by Gonzaga for the team’s first three games of the upcoming season – two exhibition games and first game of the Zags’ regular season against Dixie State.

Earlier this month, Mark Few issued an apology for his arrest.

“I have had a month to reflect on the regretful decisions I made on Sept. 6. I again offer my sincere apology, and I remain committed to learning from this mistake,” Few said in a statement released by the university. “I know this impacts our student-athletes and the coaching staff as we begin the season. I understand the severity of my actions and am sorry for the impact this consequence has on our team. Thank you again to those who have supported me, my family, and our program throughout this process.”